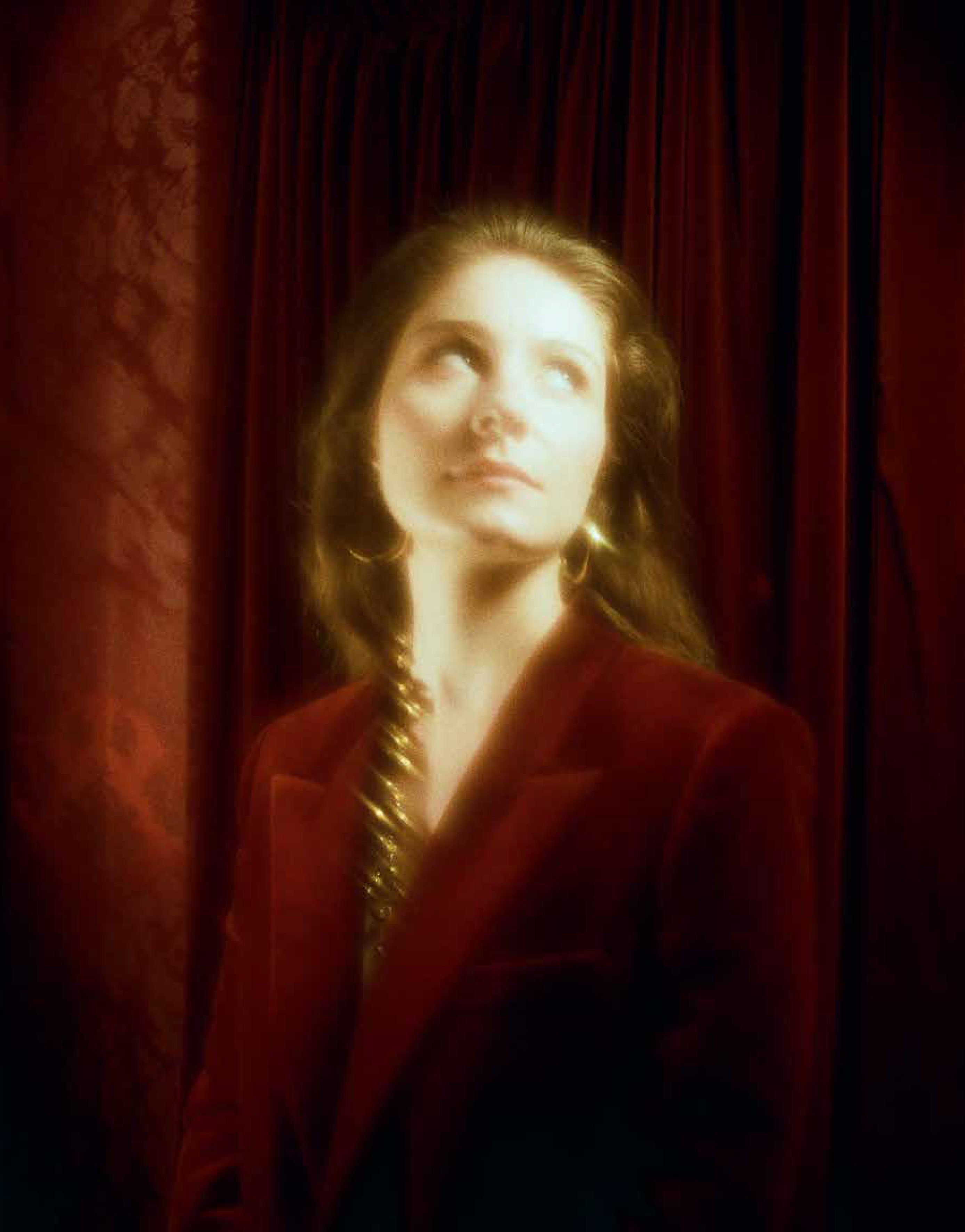 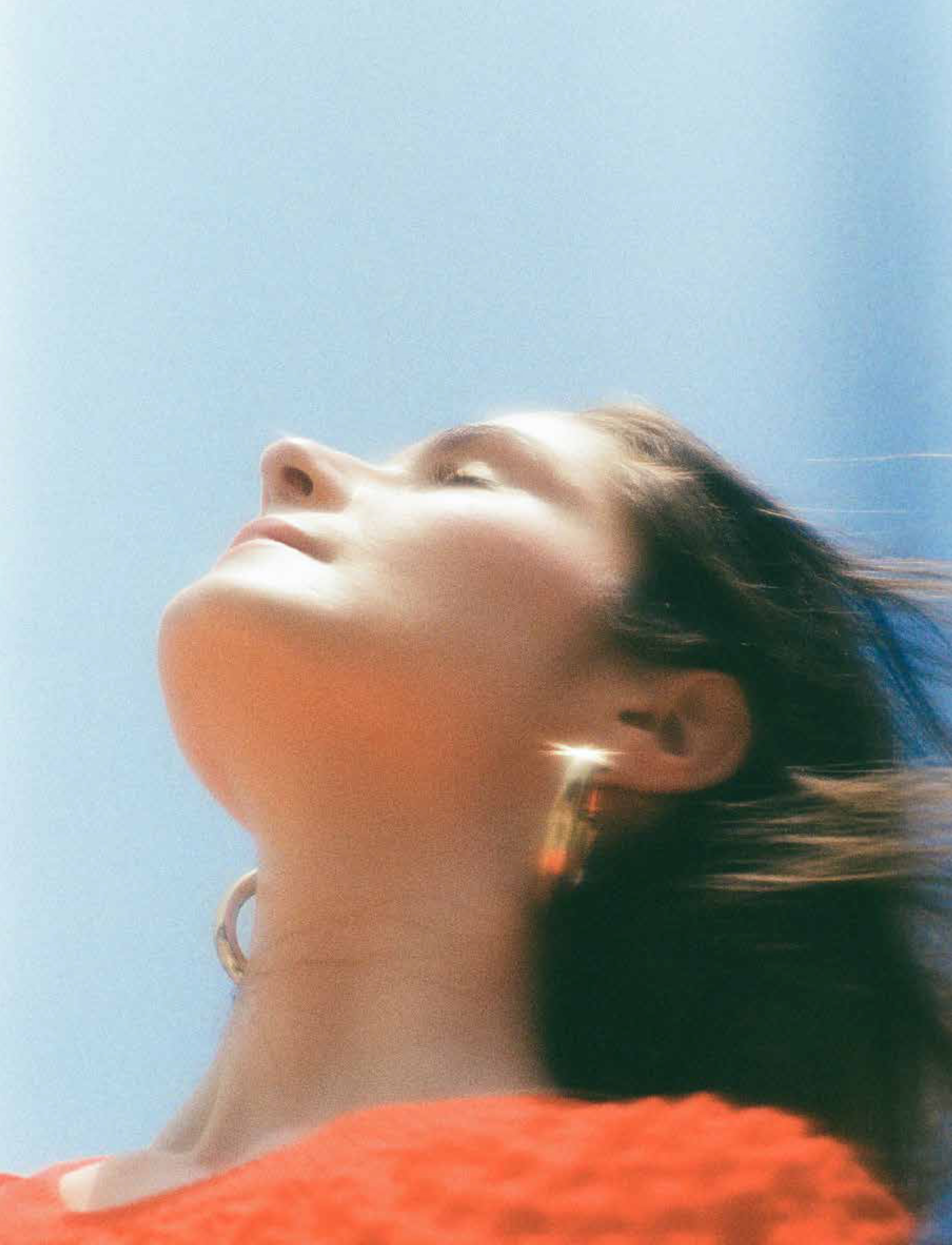 Marie Abou Khaled, known professionally as Melmo, is a 24-year-old singer, songwriter and producer from Lebanon. She studied computer engineering at the American University of Beirut, then decided to pursue music in London, by doing a Master’s of Music at Goldsmiths University. She released her first single, “Kermelak”, in December, to critical acclaim, and is now preparing the release of her debut album, expected later this year.

How did you start?

I started singing when I was 4 years old, I loved reenacting musicals with my cousins. My parents put me in choir. It was my favourite moment of the week, and a place where I could express myself. One night, when I was 8 years old, I sang in front of an Italian ambassador. He suggested I apply for an international televised singing/ songwriting contest taking place in Italy, called Zecchino d’Oro. My mom, Fifi Abou Dib, wrote me a beautiful song about the return of peace in Lebanon. I submitted a demo, and we were accepted. I travelled to Italy and met children from all over the world, which was extremely enriching. I think that’s when I discovered that I could do this for a really
long time because I loved it so much.

I choose to make music because I crave music myself. I don’t want to sound cheesy, but I do think music is a form of communication that bypasses language and connects us through something much bigger; something cosmic. I have, countless times, been affected by music so immediately that I had tears rolling down my cheeks before I was aware of it at all. I believe that if you feel that you were given a talent in music, then it is a very precious thing; that you are on a mission to fulfil and use it to do good, as an honest witness of yourself, of your society, and of your time. It’s also, and most importantly, such a pleasurable thing to do especially with others.

Tell us more about your journey in the music world.

Well, after the contest in Italy, which I mentioned above, I hit puberty and started singing in rock cover bands. I got quite a lot of experience from it, but I was always extremely frustrated when my suggestions were dismissed by my sneering male bandmates. This took a toll on my self-esteem. I decided to take matters into my own hands and started an acapella choir in High School with my friend Michael Keldany, which helped me through this tough time. I would make the arrangements for songs and teach them to my friends, and we went on to win the school’s talent show. It took me a very long time before I could make music with someone again, and that was my friend Alex Boulos, whom I met at AUB. He was a wonderful young producer, very resourceful and full of
ideas. I had my first constructive creative arguments with him, and it was the most stimulating thing: to be in a partnership where we were both pushing each other towards excellence, towards becoming better versions of ourselves as musicians. Shortly afterwards, I met wonderful producer Zeid Hamdan and joined his band Zeid and the Wings. It was very nurturing part of my journey as he pushed me to play the keyboard live, and encouraged me to share my compositions and to play them on stage. With this newfound confidence, as soon as I finished my studies in computer engineering, I applied for a master’s degree in popular music in London, from which I just graduated. Zeid recently offered to co-produce my first album, and this is what I am currently working on, in 2019, with the participation of a dream team: Marc Codsi (Lumi) and Jérémie Regnier (Jalsaghar).

Everything! Human stories inspire me, uncommon or mundane. I enjoy the absurdity in every situation, and I like to speak of the vivid details that make a story distinctive, engaging the listener’s every sense. Movies, books and paintings can be inspiring as well, and it’s important to make time for inspiring activities that break the routine. Also, I would not hesitate to sing about a cause that is important to me. I hate singing about vague, universal things. I find
that what’s currently in the charts is insulting to the average listener’s intelligence. I believe people understand much more about music than the industry wants to know, and I have a hard time understanding how the machine is still working. Musically speaking, inspiration can come out of the blue, or when I’m sitting at the piano. It can come in disguise: I could record something I find ugly, and then love it the next day upon listening to it again, and vice versa. So it’s important to trust the process.

How would you describe your love for music?

I love music because it moves me in every sense of the term. I think it’s wonderful that you can sort of inject a soundtrack into your life that can be a game changer, giving you the confidence to act boldly, or sometimes the courage to confront your sorrow. But although I have a boundless love for music as a concept, I have a love-hate relationship with my own music. I am very critical of it and I get very anxious about listening to something I recorded, which sometimes blocks my creative process for weeks. I hope I get past this soon. It’s a learning curve!

Tell us more about your songs.

My songs on this album were influenced by a lot of different things. Most of the songs were written in London, when I became enamoured with tarab and started listening to it avidly. The melodies sprung from my curiosity about maqamat, and the tales that surround tarab; the way it was appreciated in its golden age. Some songs are very personal, such as the one about the village of my childhood, Ehden. Some are stories of inspirational figures, like one that is about Badia Massabni. Some are about situations, like when my flight to Beirut was delayed overnight, and the Lebanese passengers had a very violent reaction. My first single, “Kermelak”, has received an unexpected success in the Middle East, which has pushed me to make more songs in Arabic. My co-producers, Zeid, Jérémie, and Marc, have infused them with a very particular masculine energy that blends in an interesting way with my initially dreamy synth demos, and the songs are now much less obviously tied to tarab tradition.

Your next project ? My debut album, coming in mid-2019! I am currently finalizing it. You can already listen to my first single, “Kermelak” on every platform: Spotify, Apple Music, Anghami, Soundcloud...

What are your dreams ? My dream is to be able to have a lasting career in music and to impact people’s lives for the better. It’s starting out pretty well!