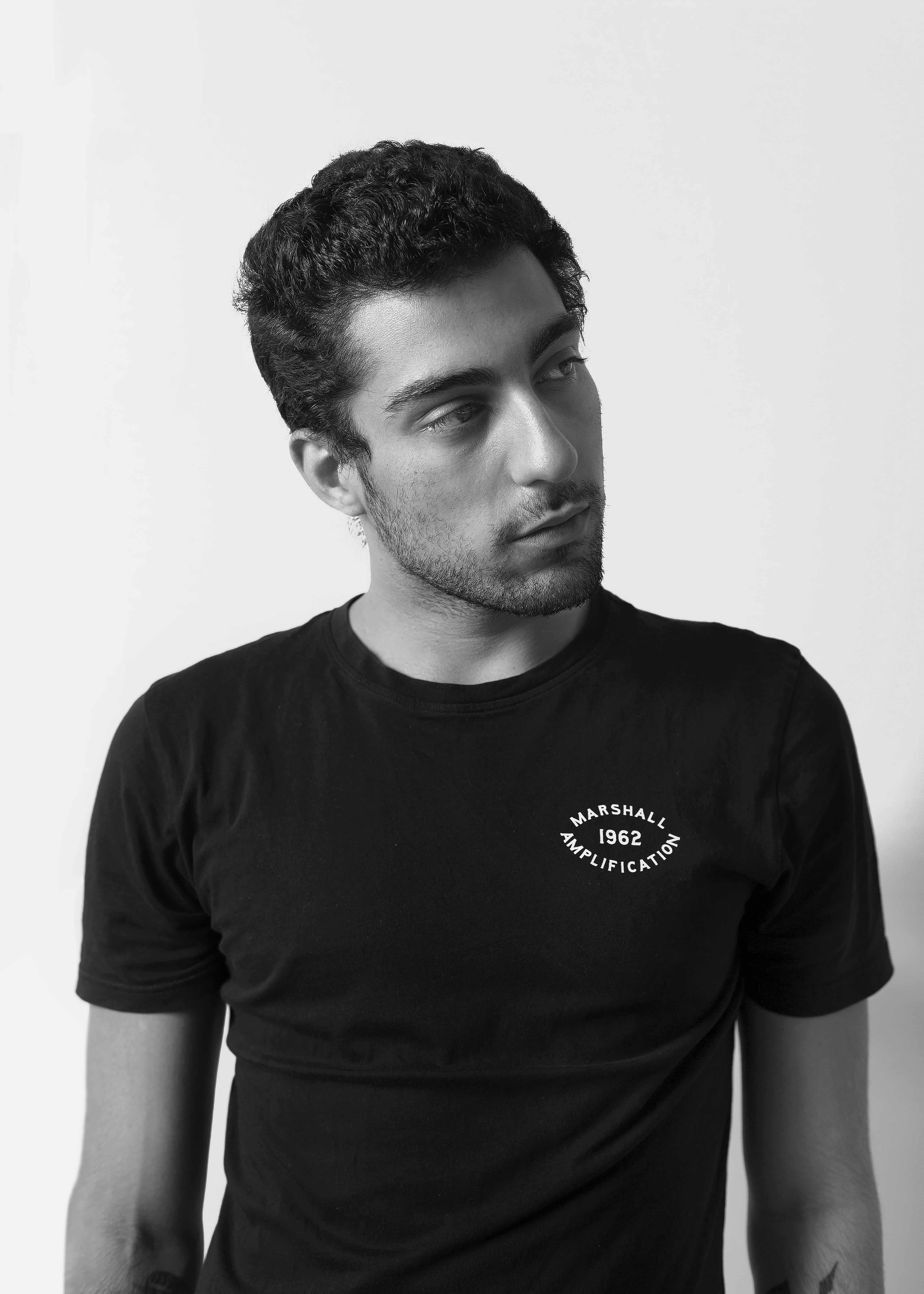 Tell us about you and your life.

My name is Enzo, I’m 25 years old and I was born in Beirut. I stayed in Lebanon until my college years which I spent in Montreal, Canada, my second home. I’ve always been kind of a loner, finding my way through life without paying attention to the trends that surround me, which helped me take the decisions I took and become who I am today. I’ve also been a professional singer for over 10 years.

Tell us how your career started and why you were attracted to the music industry?

I’ve always loved music. Although I’m the first musician in my family, I still grew up with an appreciation of music through my mother’s taste for French varieties and being the curious child that I was, I quickly asked my parents for all the musical instruments in the world, which never happened but they saw my love for it and took me to a music school to choose my first instrument. After years playing the violin, I went on to learn drums and thought myself guitar, before singing. It started at my father’s sports pub on Karaoke nights, I was still underaged so he would let me sneak in to sing a song and would send me home right after, then I did some charity concerts and in 2010 I joined a rock band called The Coolcumbers. All of this experience pushed me to study music once I got to Canada, where I specialized in Jazz for 6 years and really started learning about what it takes to become a musician. The industry doesn’t really attract me to be honest, but I think part of me did not choose to sing, I just know I have to do it.

How would you describe your experience on the voice France?

The Voice was so unexpected yet so fulfilling. I did not really plan on applying, I was just lucky enough to meet Bruno Berberes, the casting director, who found me through Anthony Touma and auditioned me in a living room! A few weeks later I find myself singing on Primetime Television in front of some of the greatest French artists. The whole experience was very condensed and I think it only started sinking in when it began to air. The fact that people who have been in this industry for years appreciate what I have to offer, is still hard to get across. I know I still have so much to learn and accomplish but in the end The Voice was a great step in my journey. I’m so happy to have met such amazing talents and people in the industry, and it pushed me to stay in France and try to settle here.

How important is fashion in your carrier?

This answer won’t be as long as the others hahaha, my worst nightmare is shopping for clothes. I hate spending time looking at things and then having to try on everything before realizing you can’t afford the things you like. I think fashion is a form of art like any other, and I hope I’ll get to a stage where designers will want to dress me or collaborate with me, but on my own I spend very little time paying attention to fashion.

What kind of music do you like to record?

I’ve dabbled in many genres but African American music is where I find myself. I think there’s a big correlation between the soulfulness of black music and the Arabic culture that I come from. Blues comes from pain and gave us most of the music we listen to today, and as an artist turning pain into beauty is really one of the main things that gets me excited. Gospel, Soul, Funk, RnB and Jazz. Combine all of them and you ’l’ get the sound I love.

Seeing as you are Lebanese what made you leave and start your career in France?

I’d like to think my career started before The Voice. France is the next move for me. When I came back to Beirut after my years in Canada, I wanted to make a living playing music, and I quickly realized it would come at a huge price. If you’re not an oriental musician you will fail in the middle east, or at least you will need to get out before coming back. Dedicated musicians are very rare and most will get stuck in the money-making aspect of it rather than the music making. After a year and a half spent performing at all sorts of venues in Beirut, the revolution started and I had to find an out. The Voice came along and so France it was. I like to live where my work takes me, unfortunately it won’t be to Lebanon, for a while.

Tell us what we can expect from ENZO in the future?

Like anyone else right now everything is on hold, after The Voice I’ve gotten propositions to gig and to record, which were all halted by the COVID situation. I’m confident that my decision to stay in Paris will help me pick everything up as soon as possible, and my goal is to never stop performing. I’m also lucky enough to produce media. Photography and videography are my side hustles and I would like to keep at it as well. But music still remains my focus, and composing my own songs is my top priority right now.