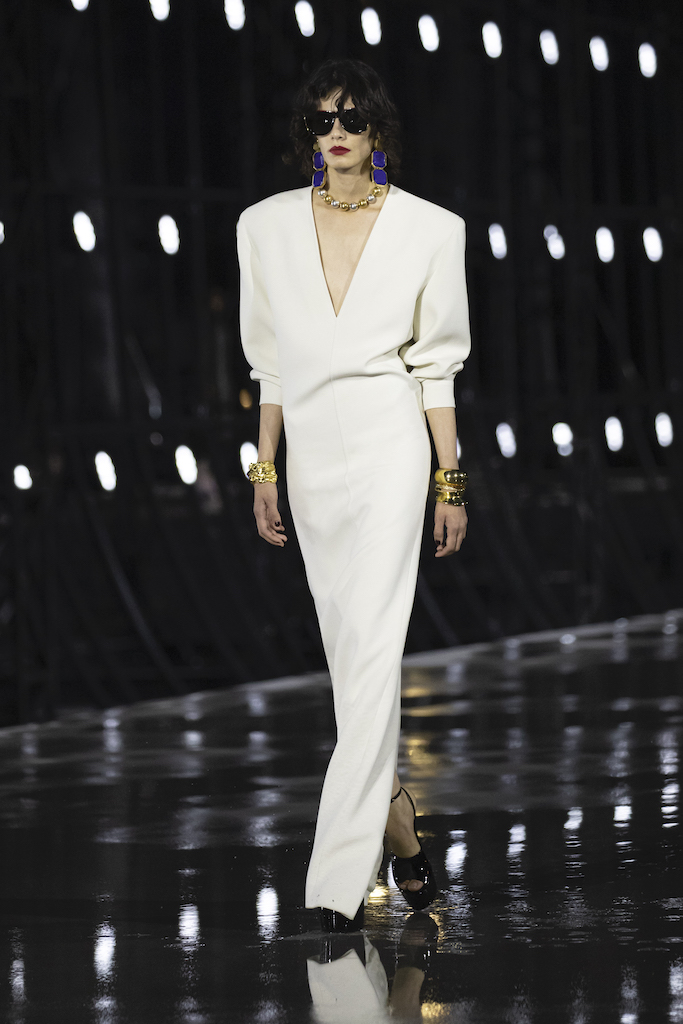 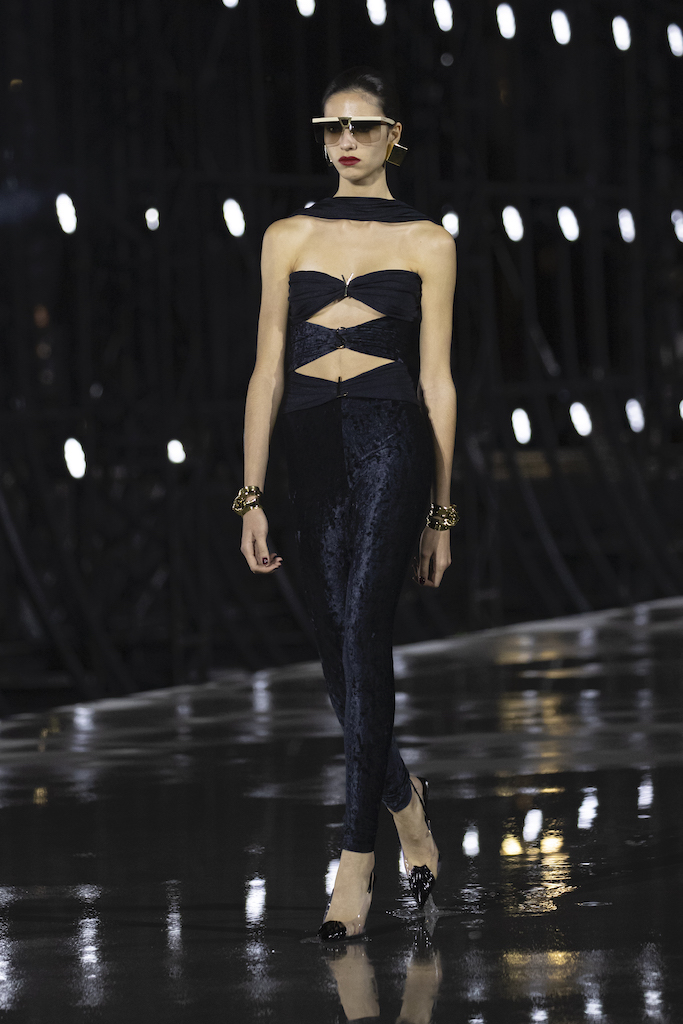 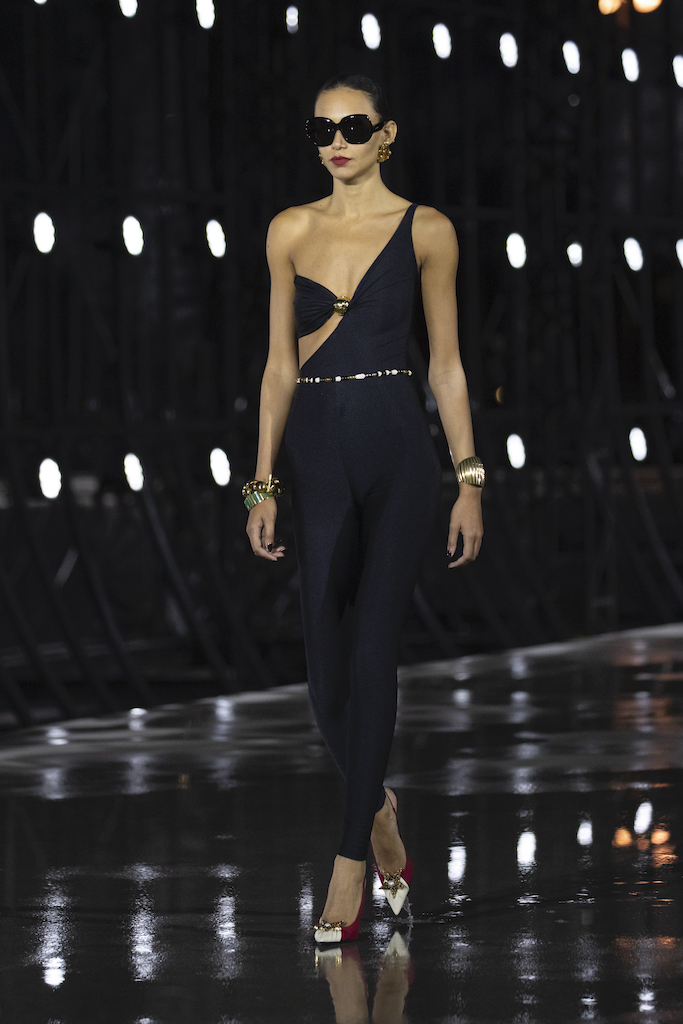 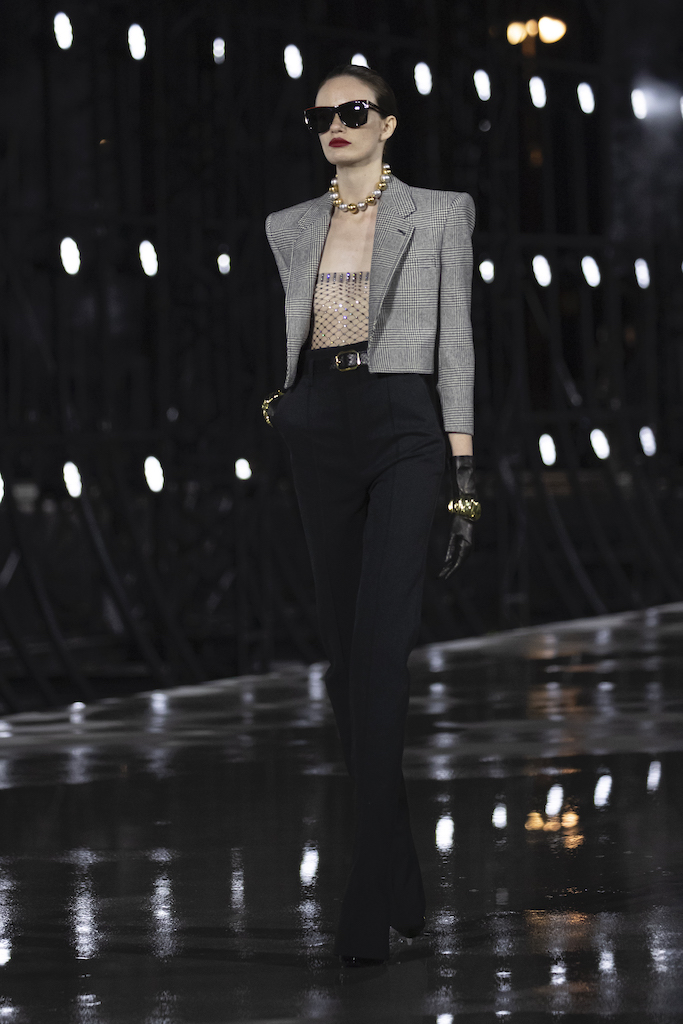 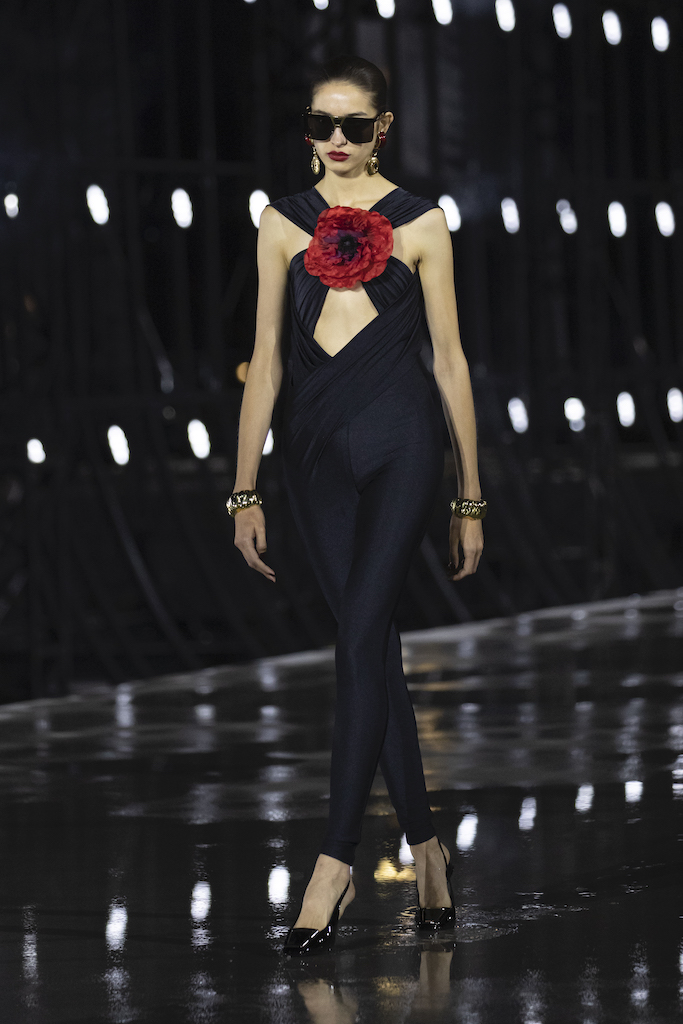 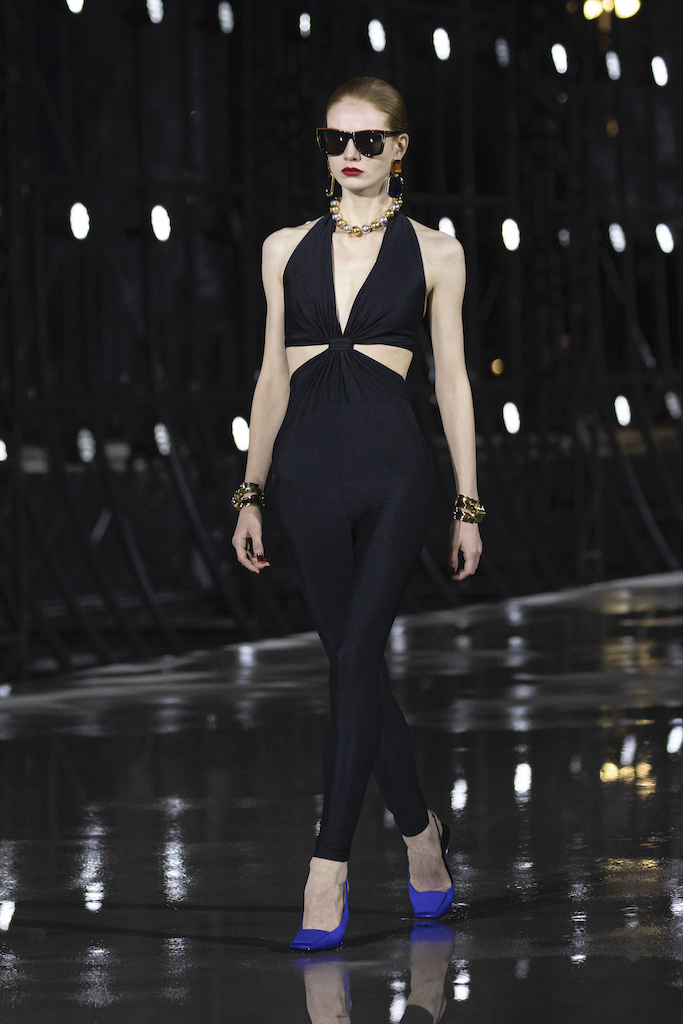 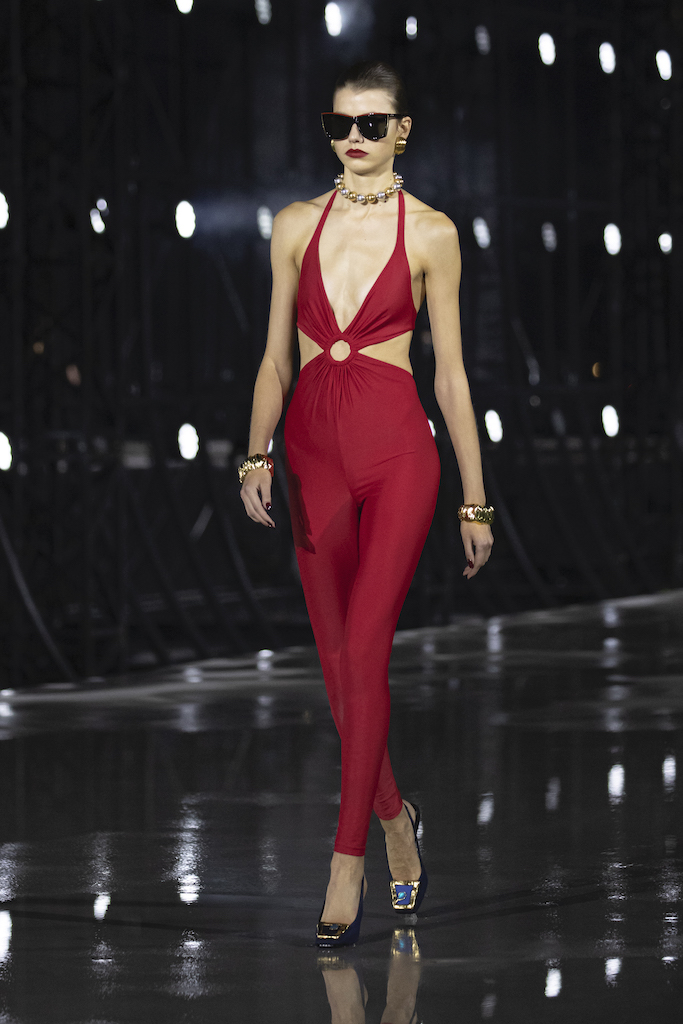 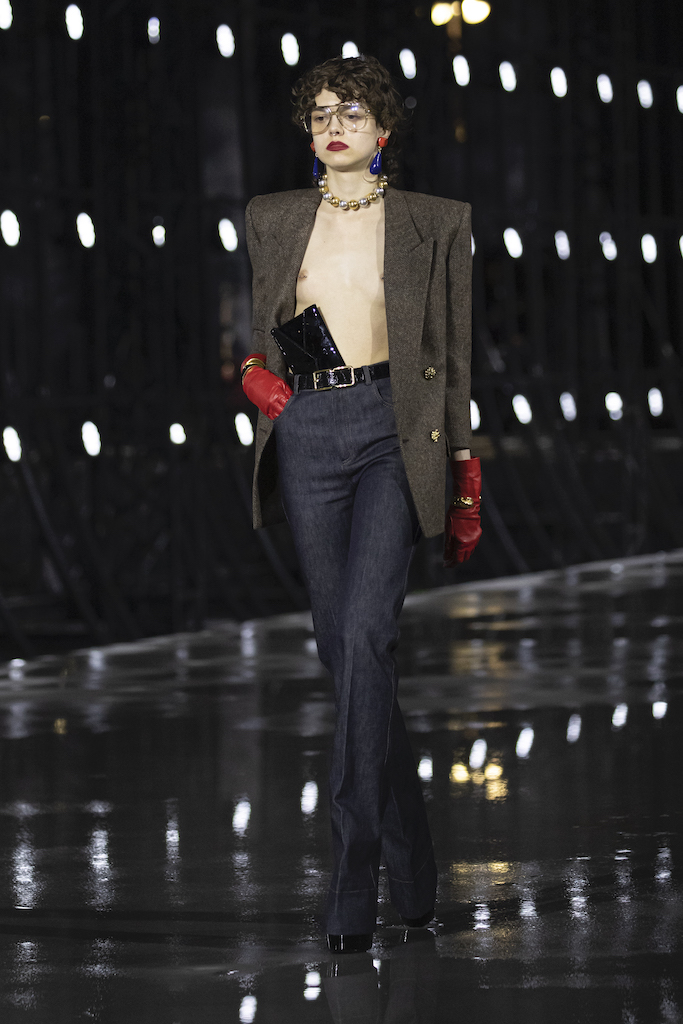 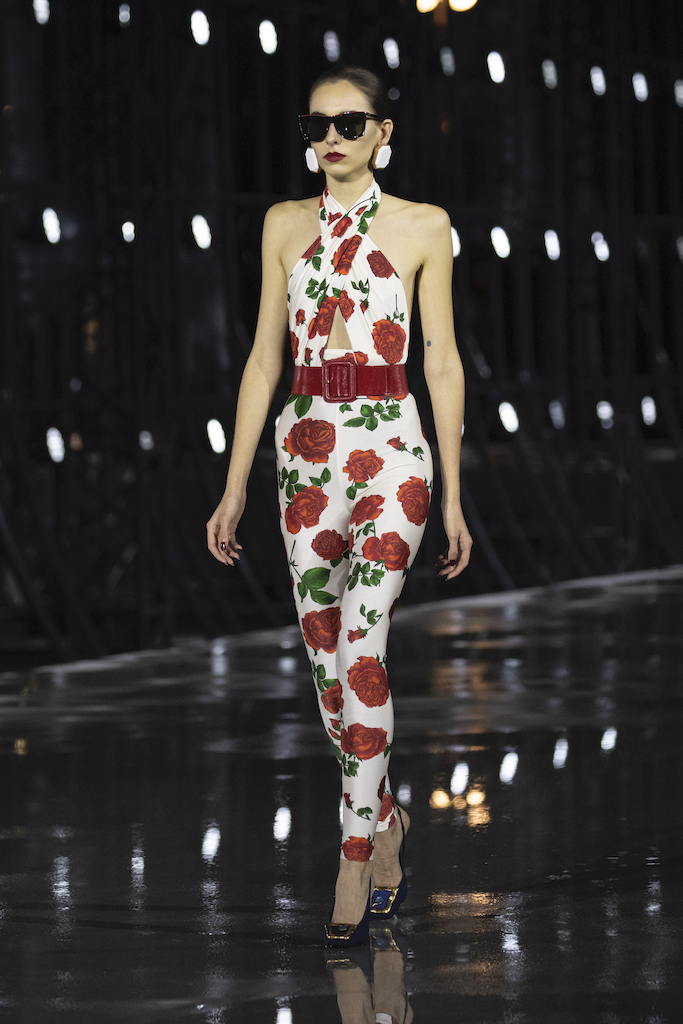 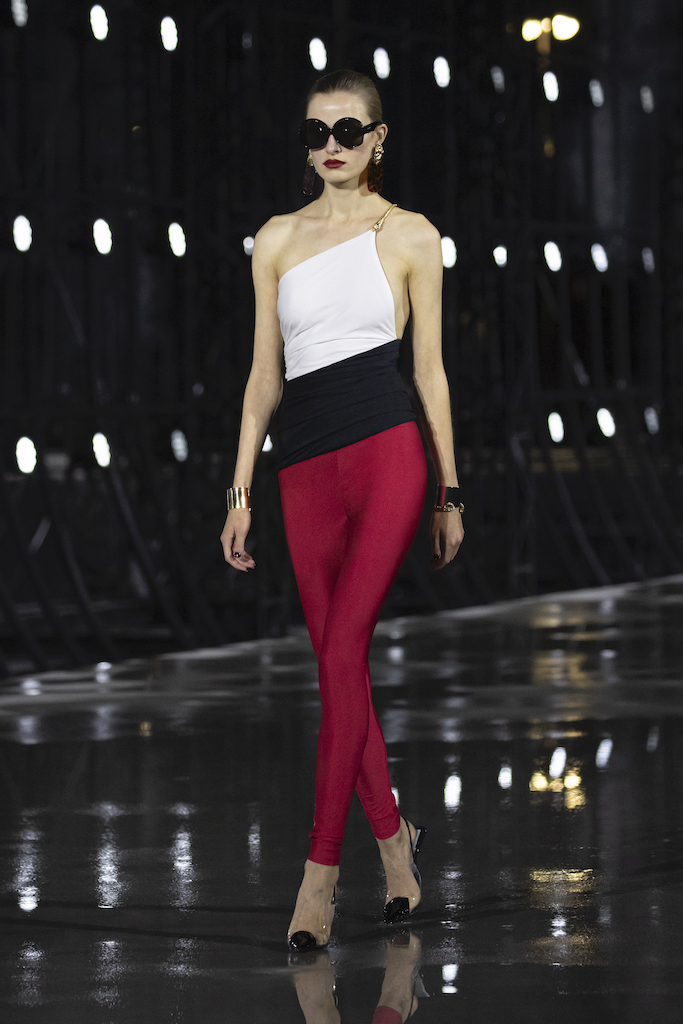 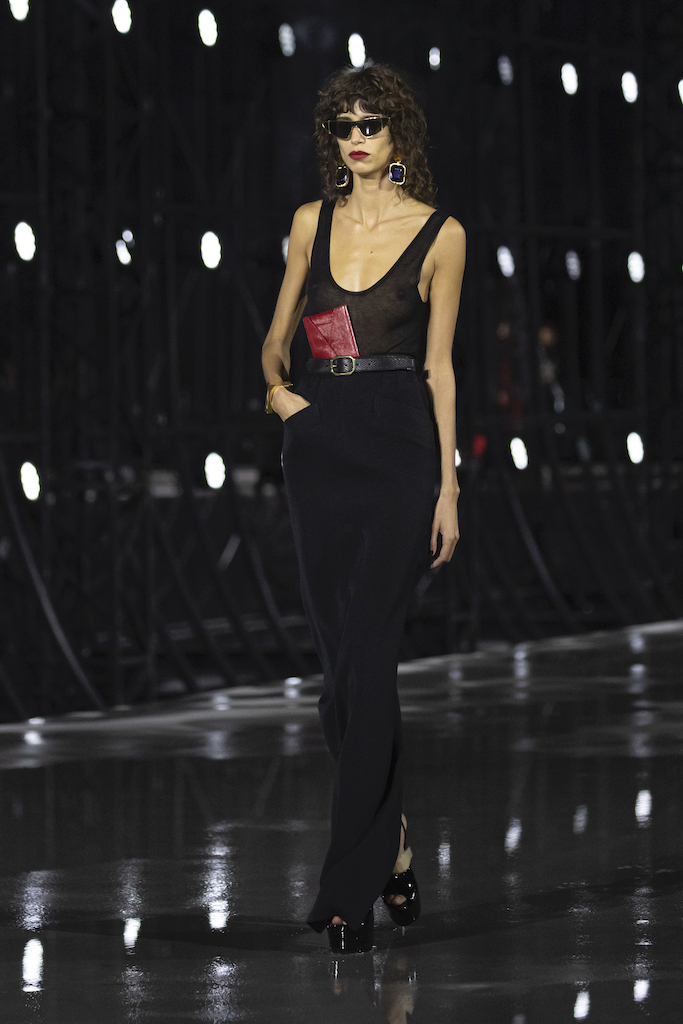 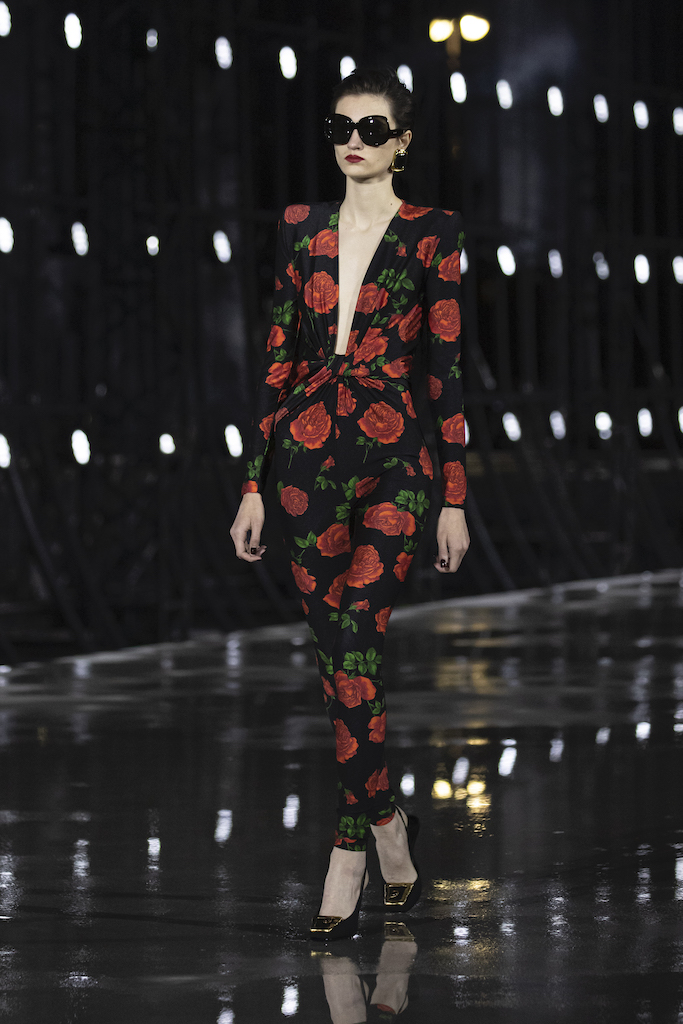 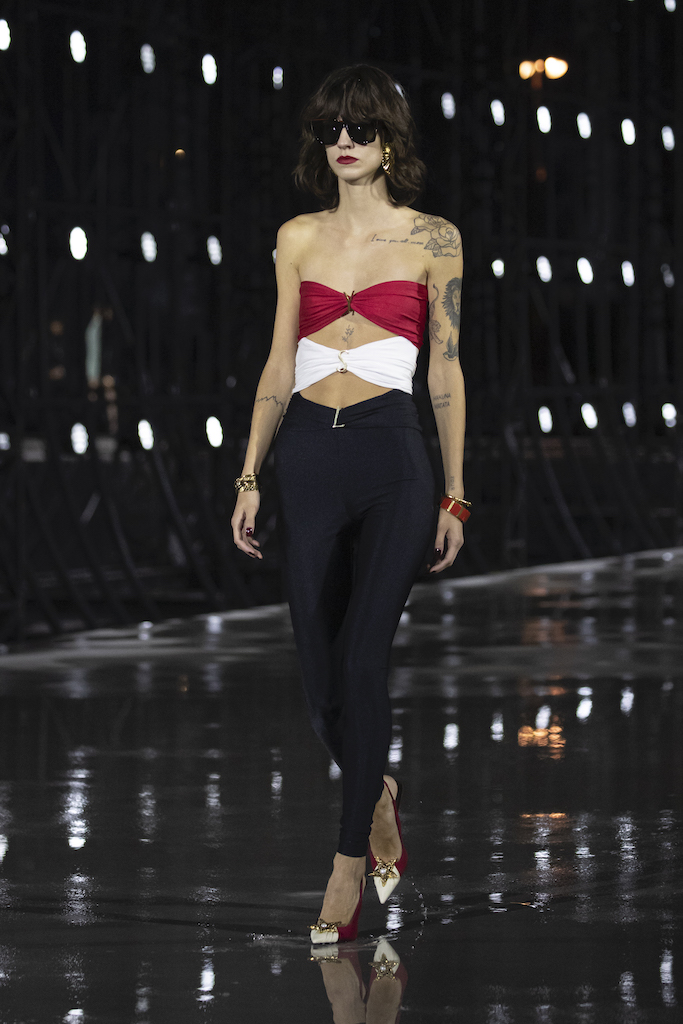 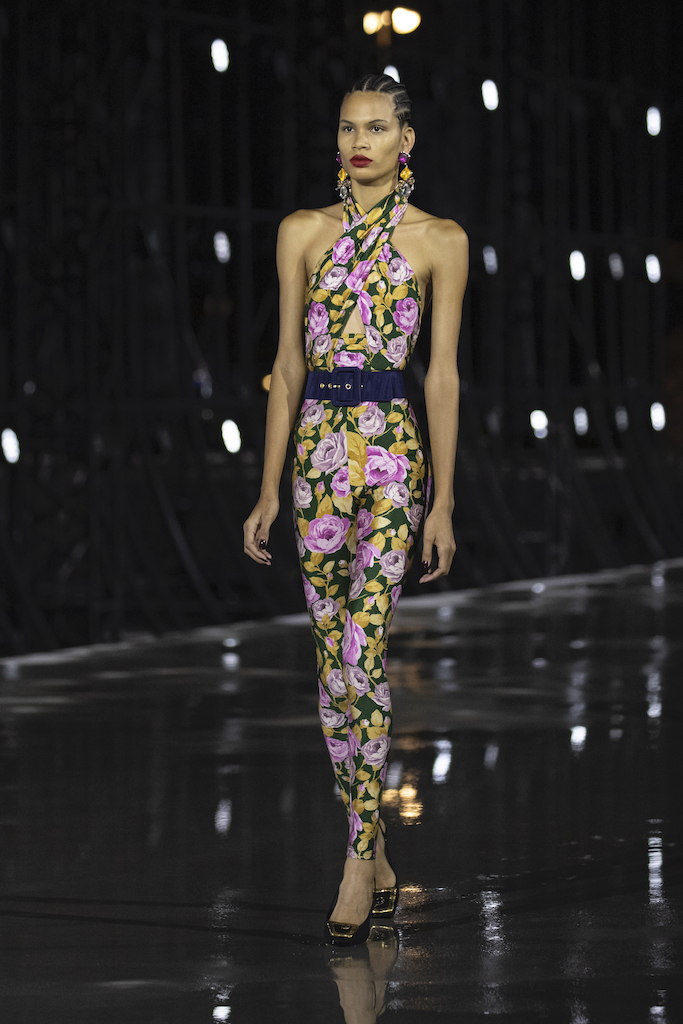 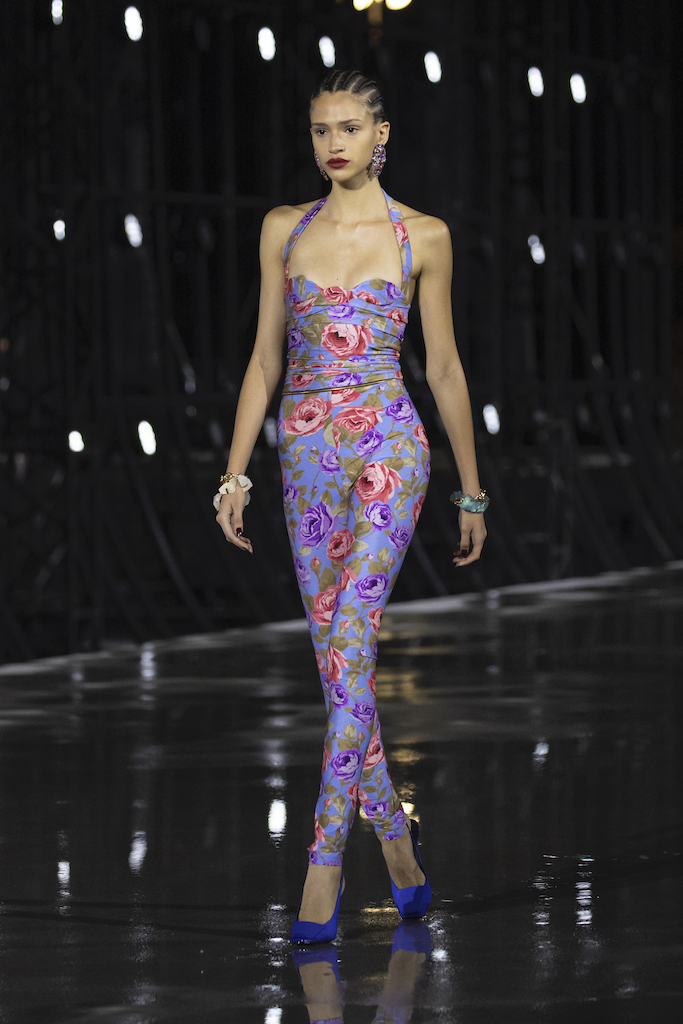 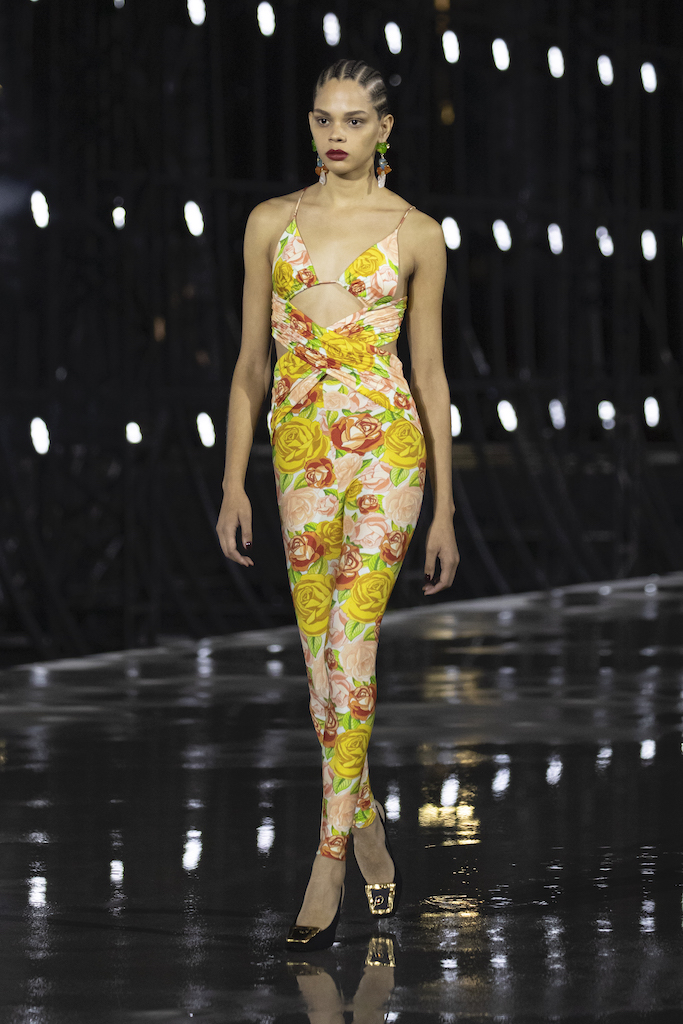 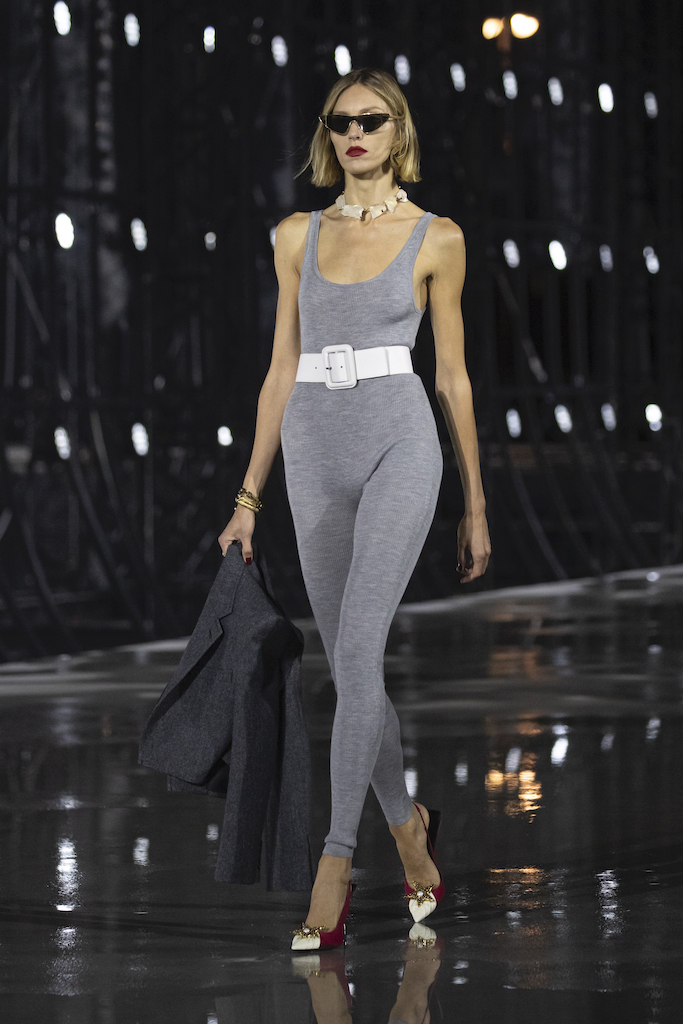 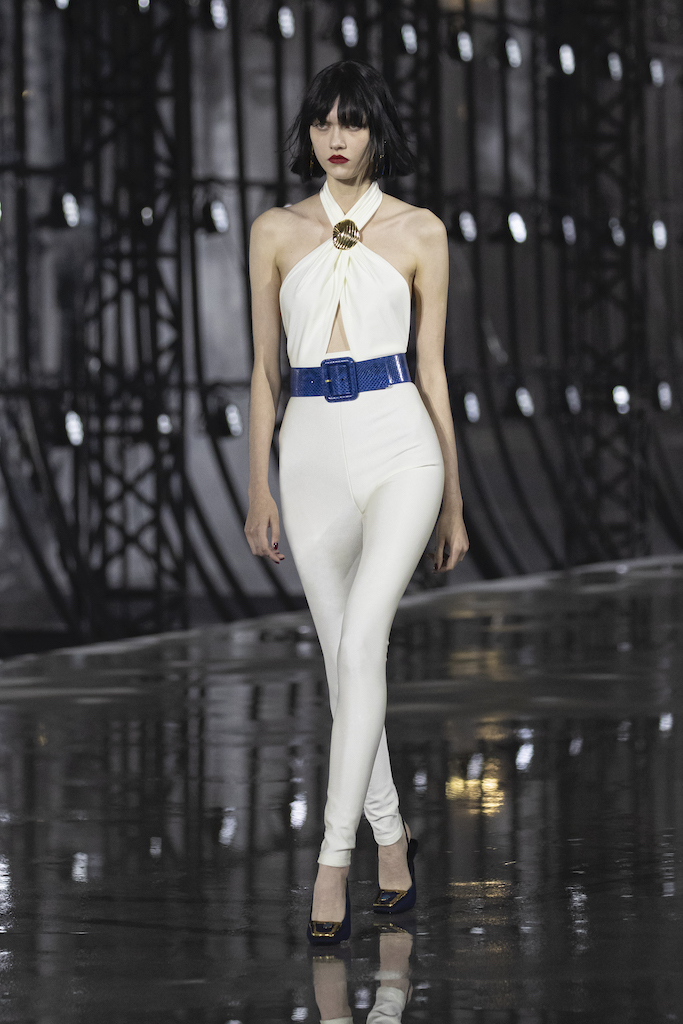 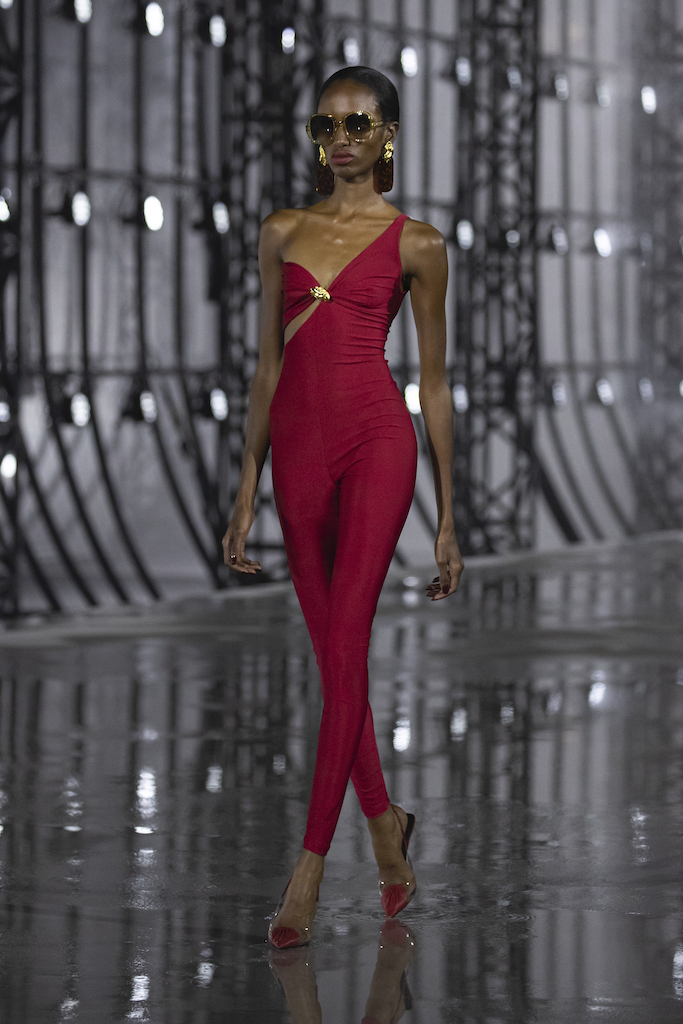 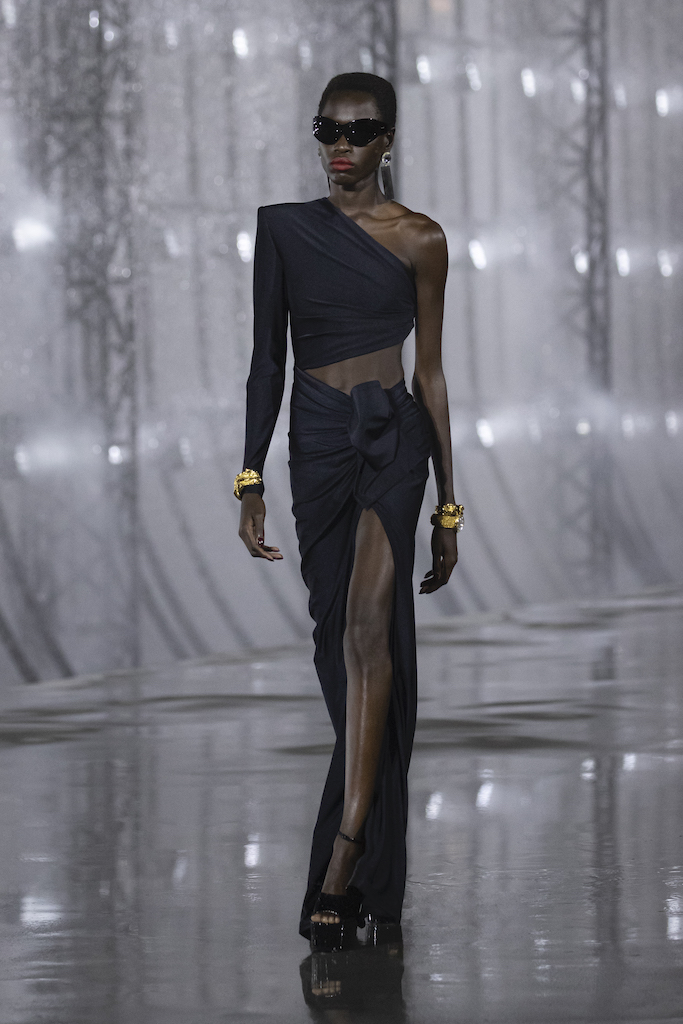 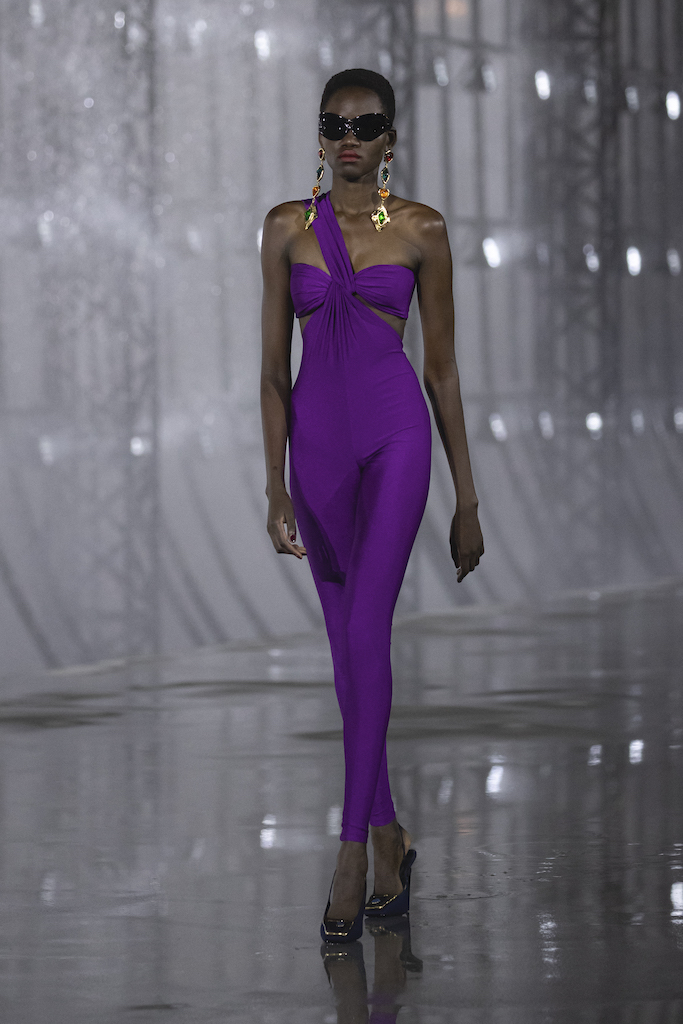 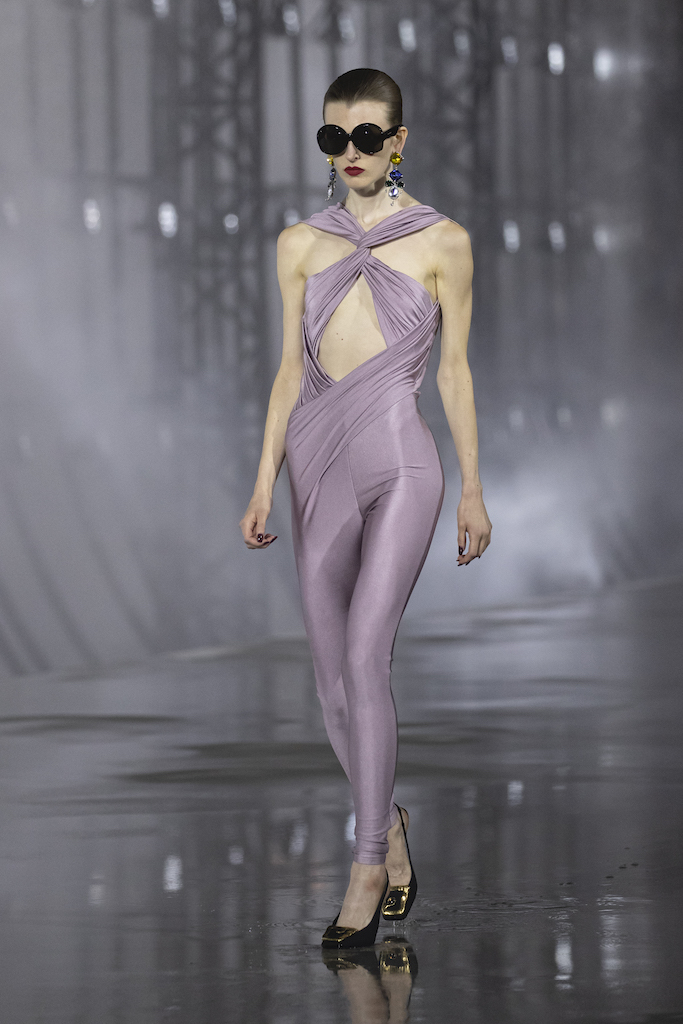 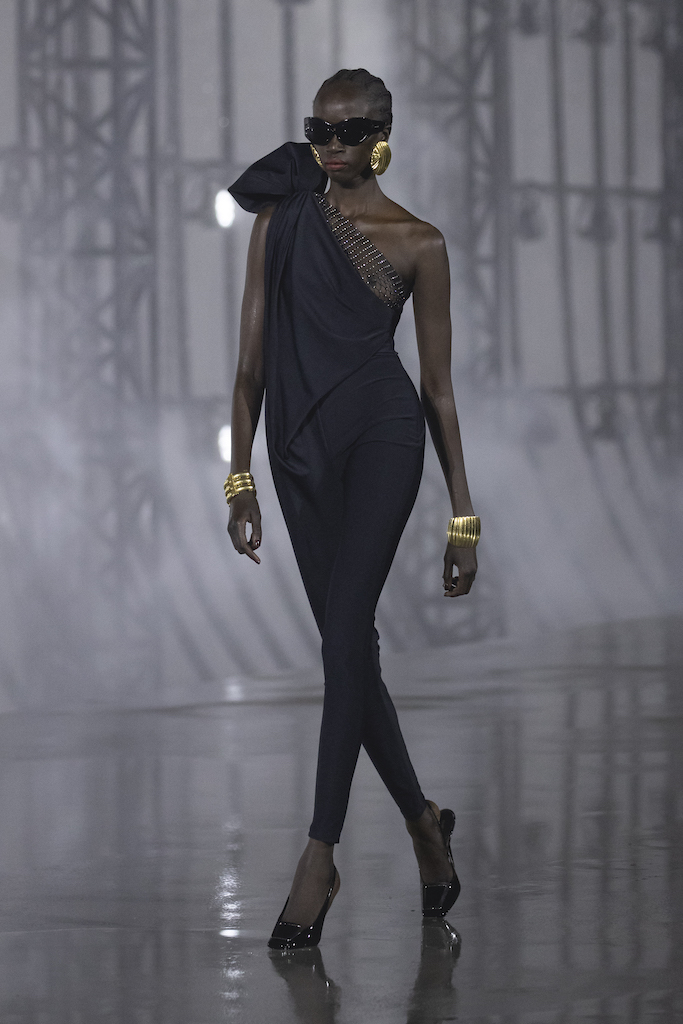 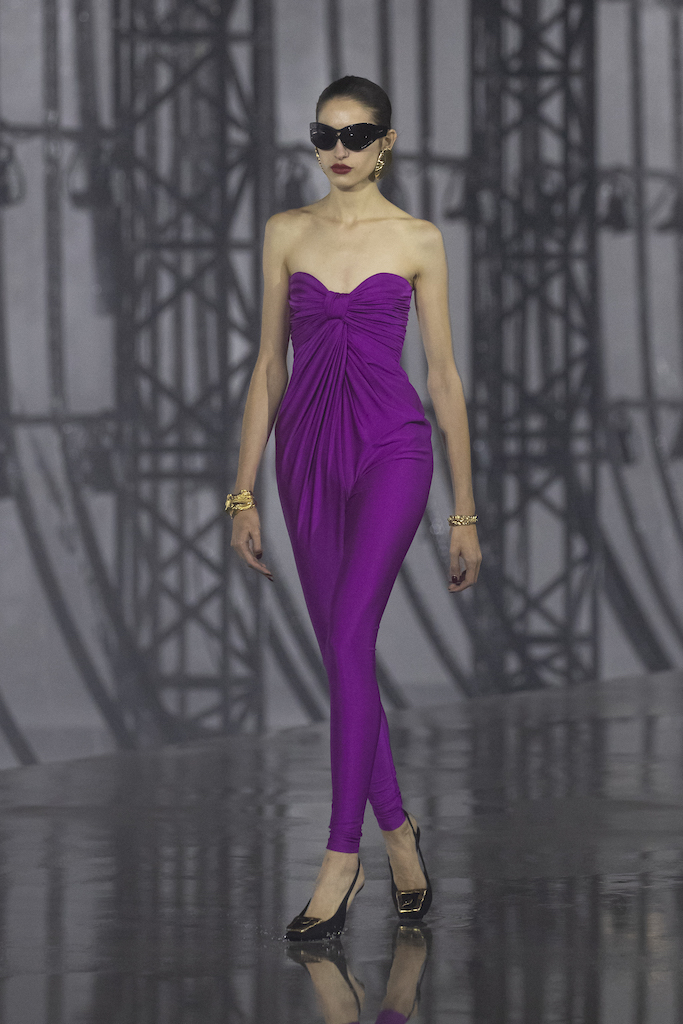 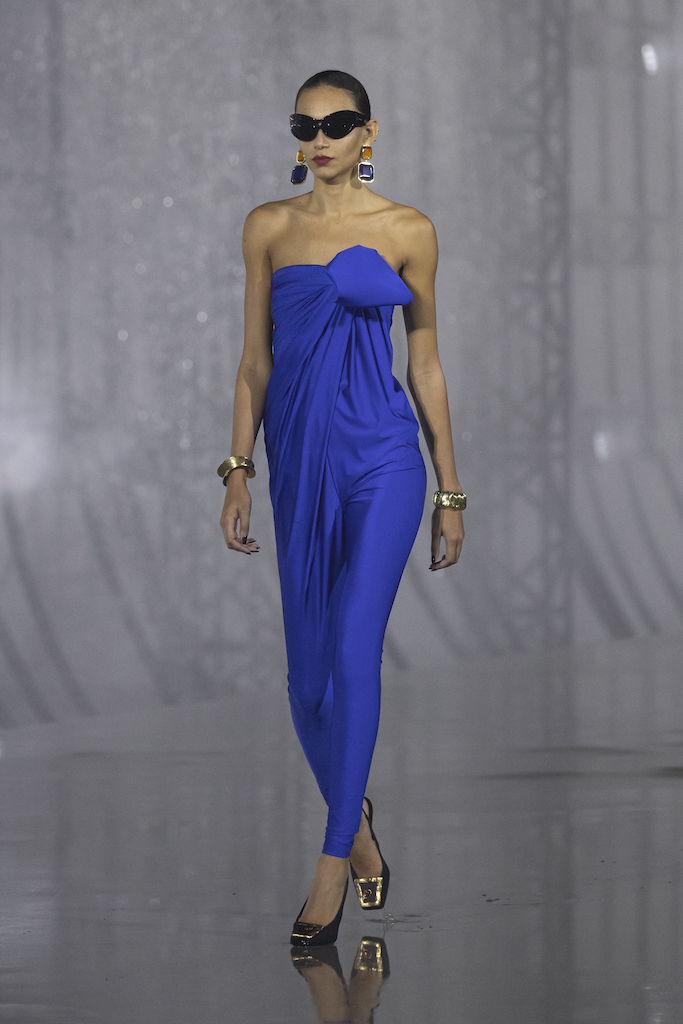 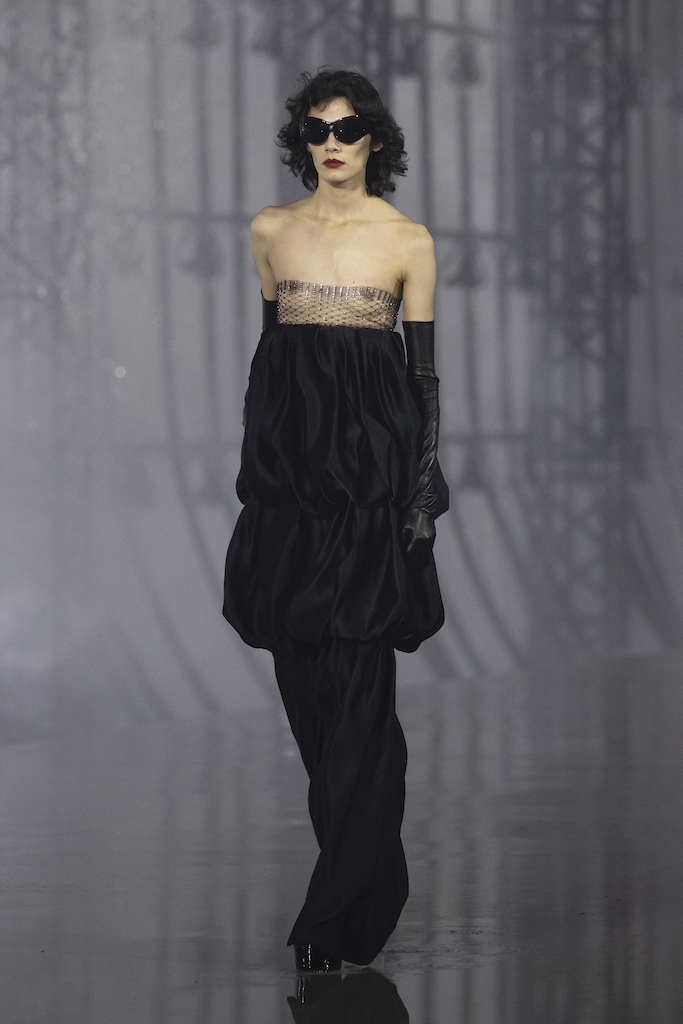 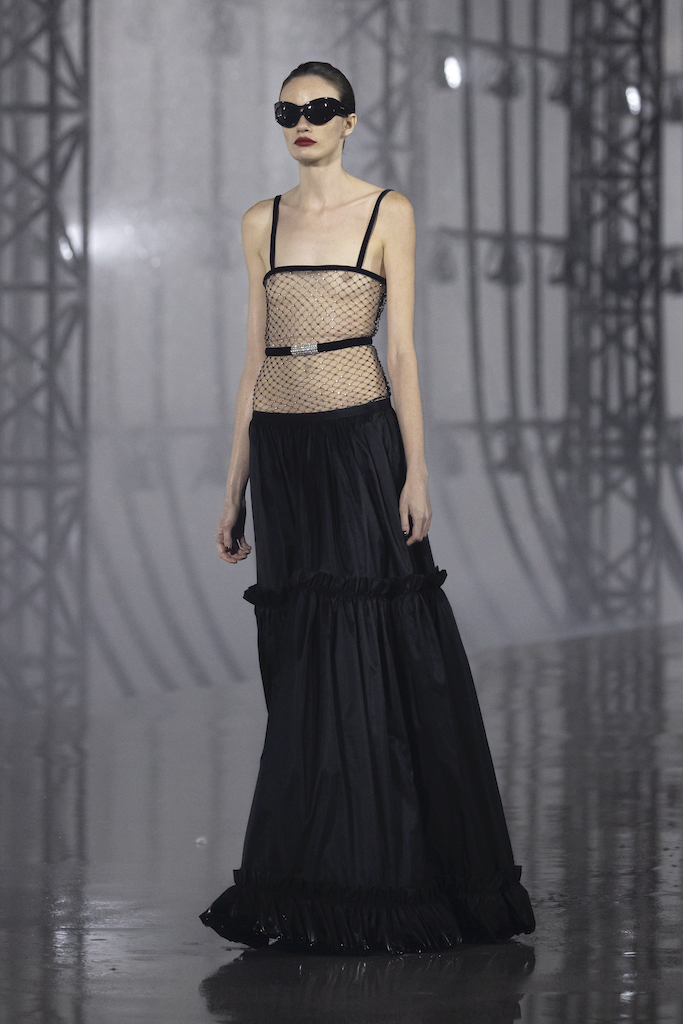 “We were invited to a friend's house who was throwing a party. At one point, I no longer spot Yves. I look for him and find him with a young unknown girl. She had wedge heels, a turban on her head, and things she had tinkered into clothes. It was Paloma Picasso. " Pierre Bergé.

The Summer 2022 Saint Laurent collection refers to a fundamental yet a not so well known moment in the couturier's career, a moment which opened up free new artistic paths for him, abolishing the solemn borders of haute couture, polite decorum and even the prescriptive good taste….

Anthony Vaccarello wanted to pay tribute to Paloma Picasso’s independence of spirit. Her freedom, her instincts, her energy which let her breathe freely. Freeing himself from being judged. This collection is an ode to emancipation, and a call to subversive seduction—something that has always been intrinsic to the house.

A celebration of a woman who is singular in every way, effortlessly inventive in every aspect of her appearances, always projecting a studied nonchalance. She thrillingly unsettles with her way of associating the masculine with the glamourous. She scandalizes as much as she attracts.

Meticulous cuts, even made radical, that is the statement. Classic jackets and blazers whose sharp structure affirms the dissolution of genres, associated with the house. Austere lines against revealing curves. Clashes of colors that the house has always known how to marry in harmony. Printed flowers are unearthed from the archives and are more potent than ever.

Competent pants as well as dilettantes. Accessories are more than ornamental: they create tension with the silhouette. Classical austerity against brooding baroque. Blue and paloma red as necessary punctuation. Very long lengths, as to present yourself, is an art. Very bourgeois false pretenses to update. The bag becomes a meaningful gesture.

"For a long time, I wanted to transpose this meeting between Paloma Picasso and Yves Saint Laurent, whose importance few realize in the designer’s creative journey. It is a moment to which I am sensitive as a designer, because for me it is the defining moment when Saint Laurent’s fashion creativity became a style." Anthony Vaccarello.