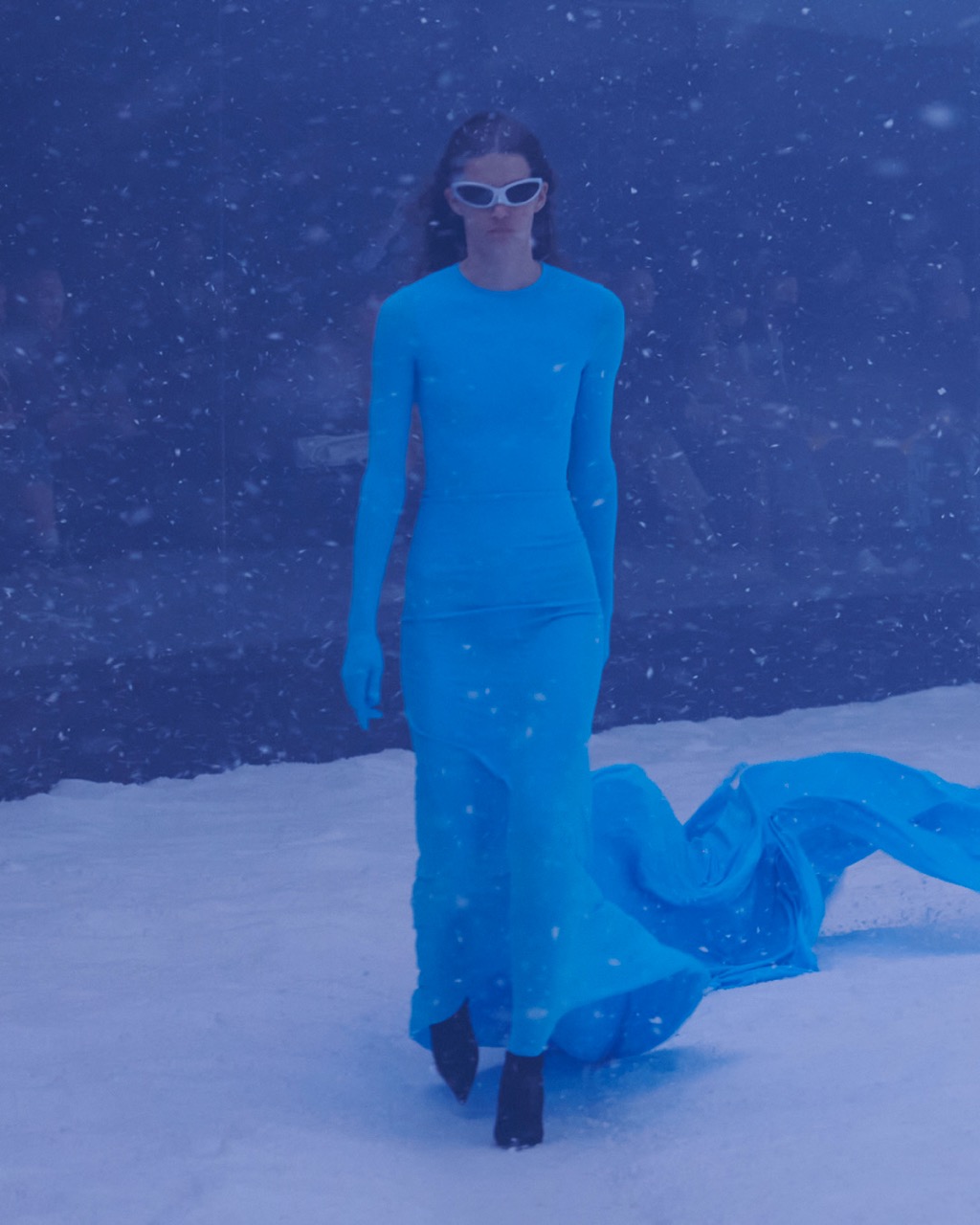 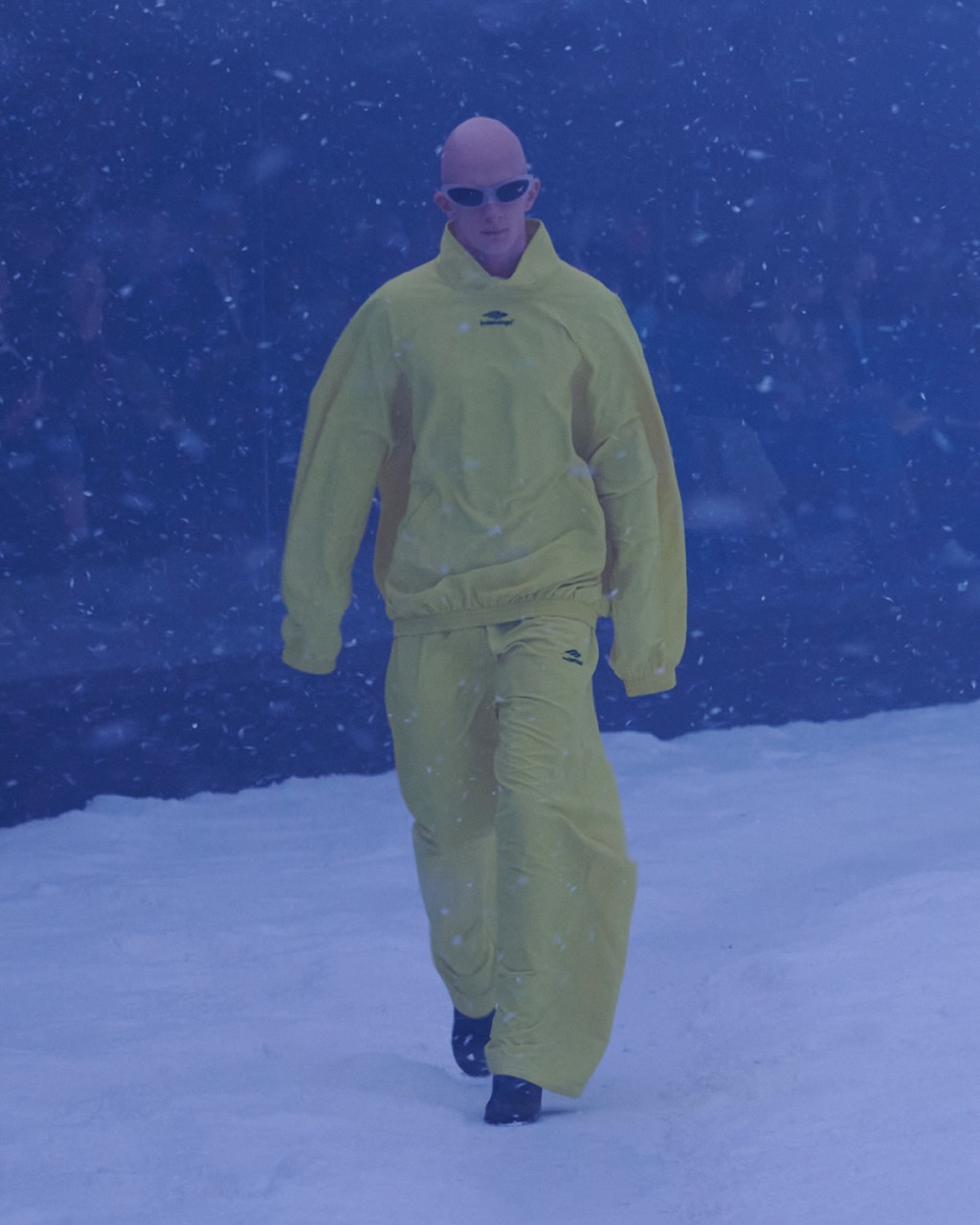 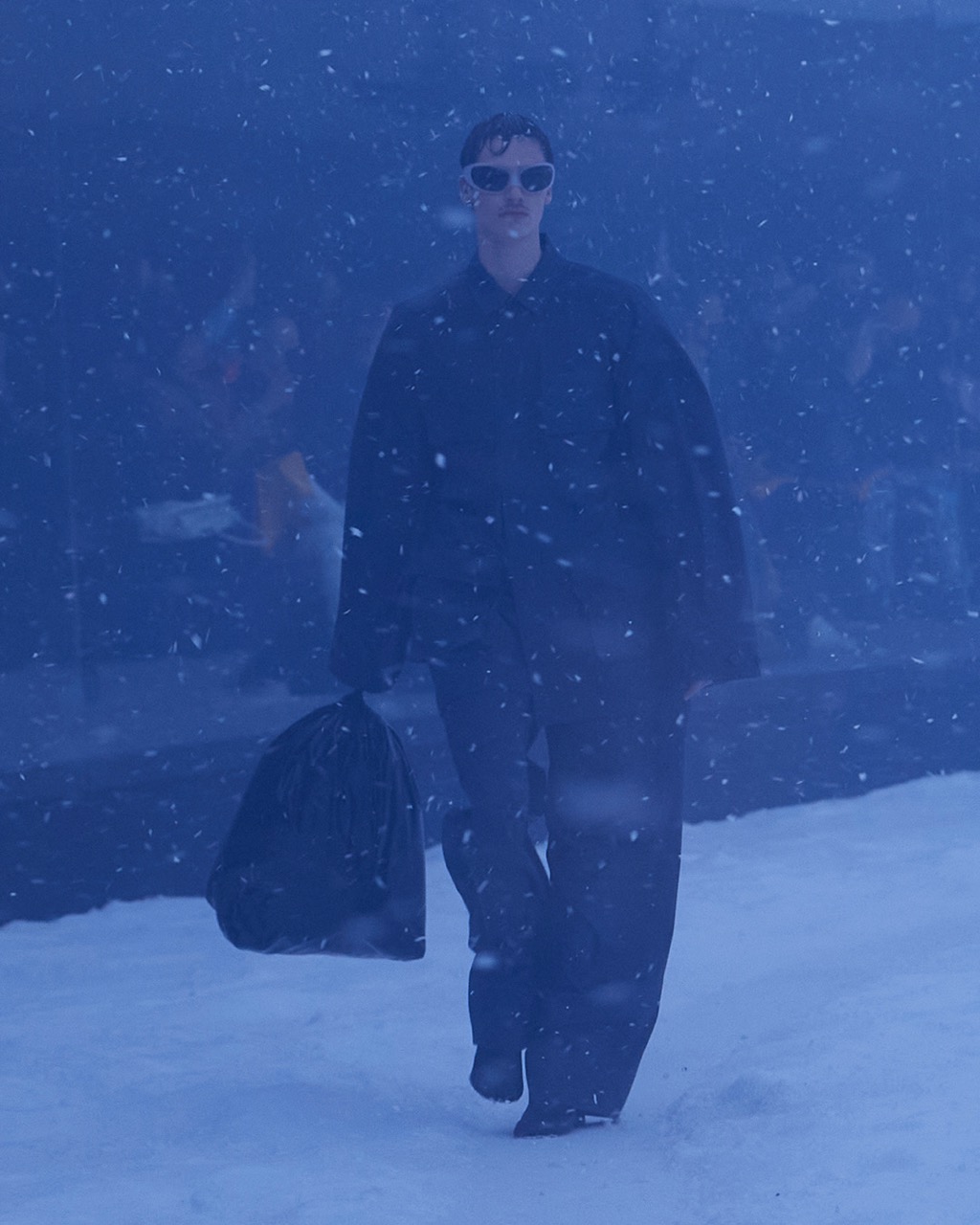 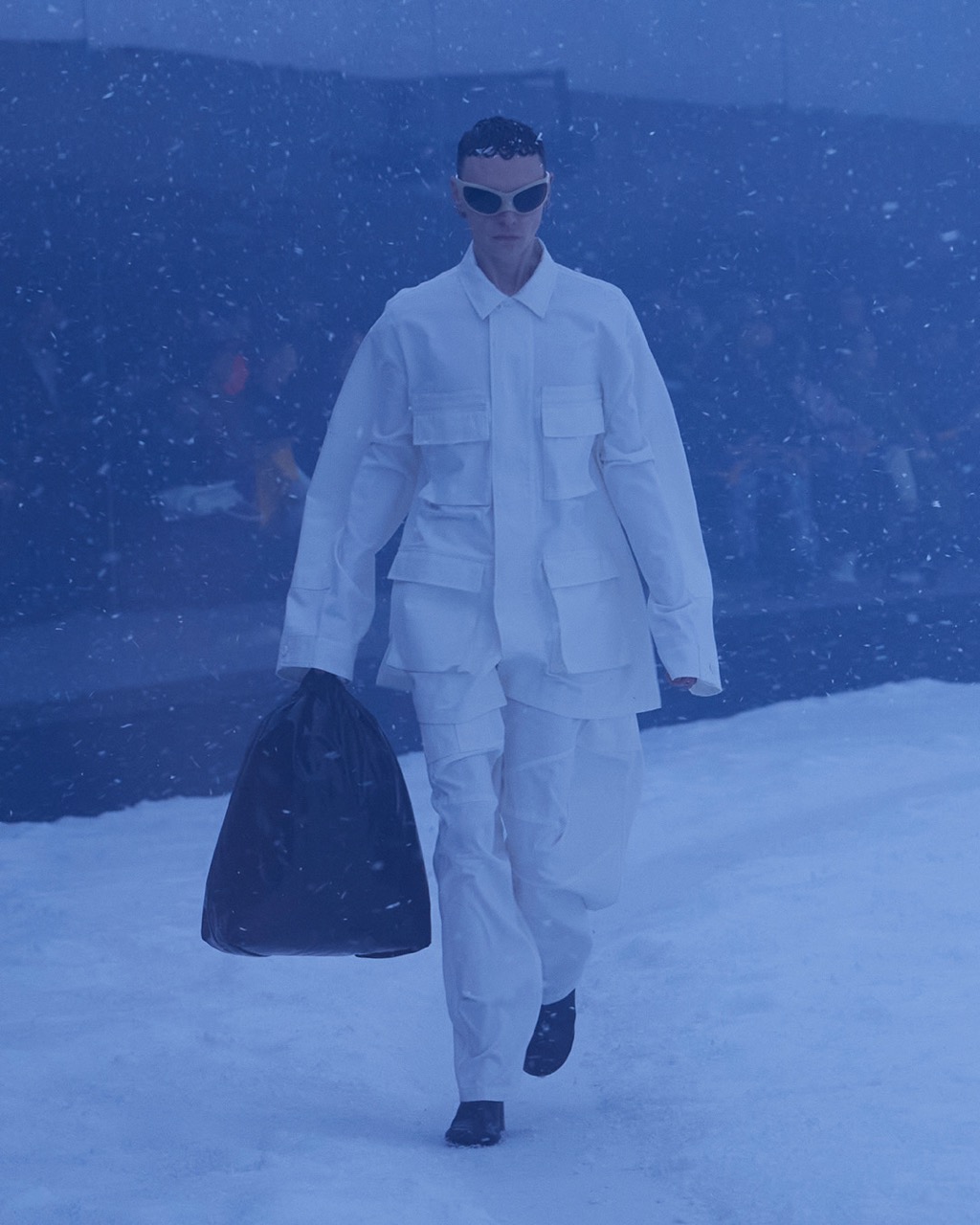 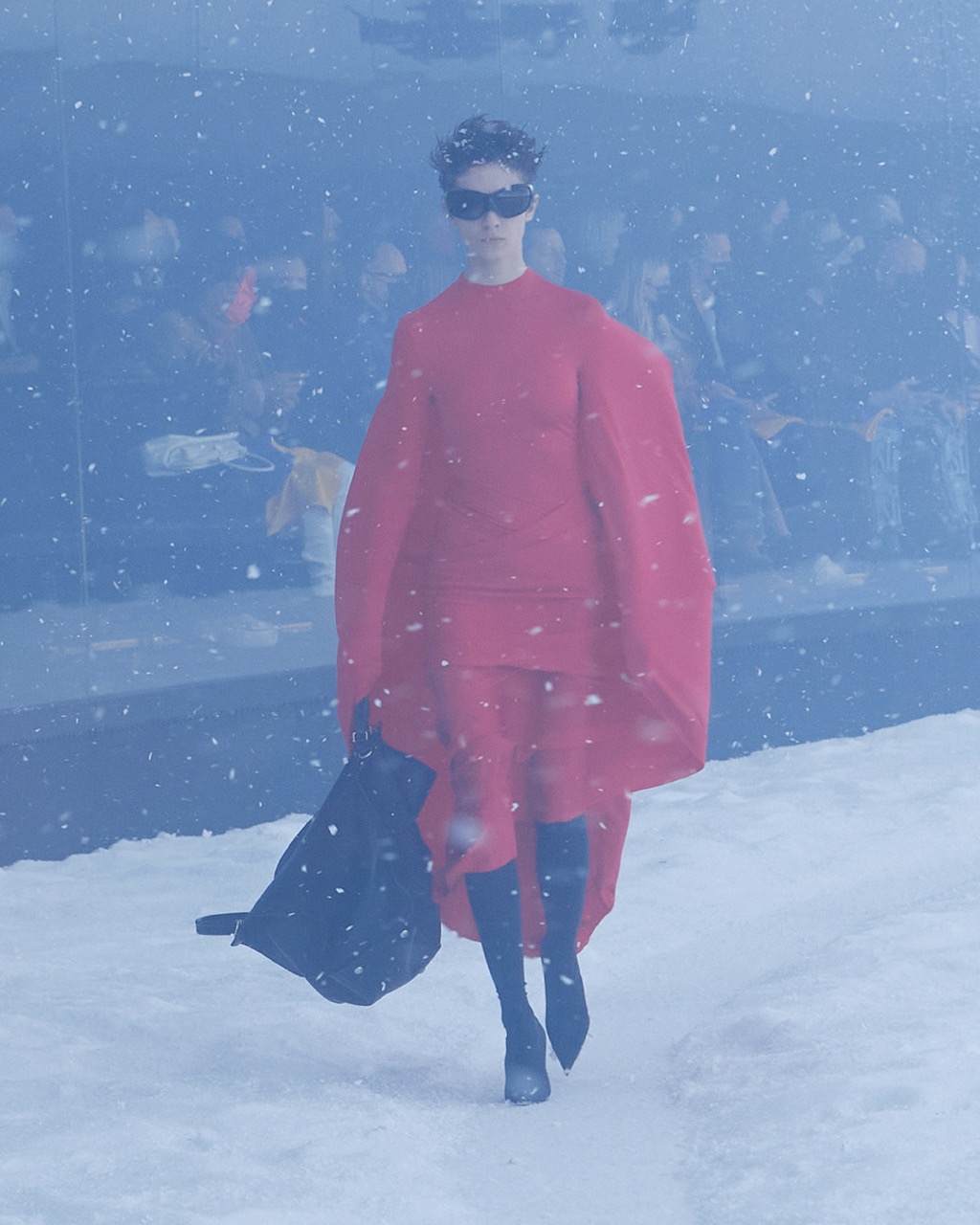 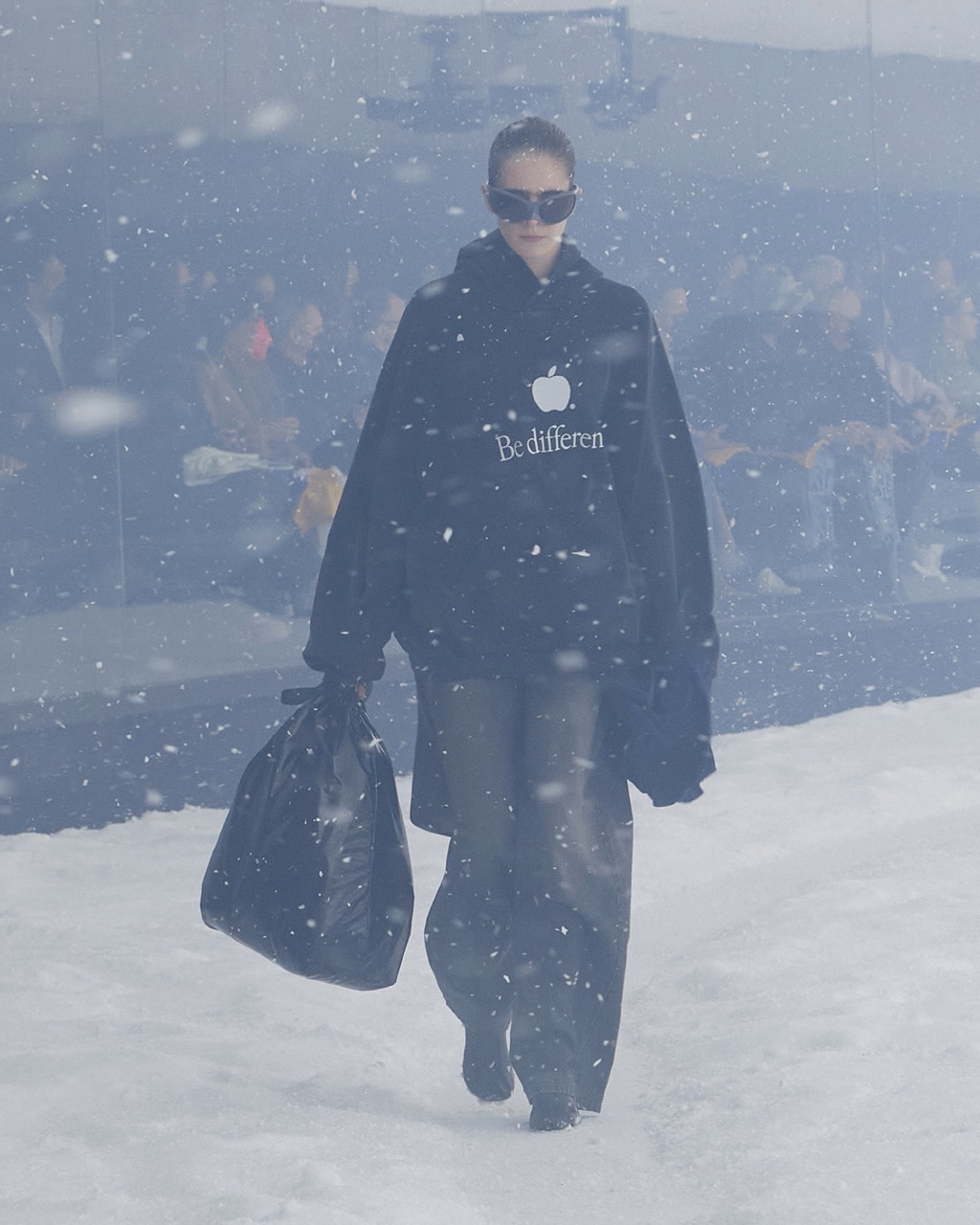 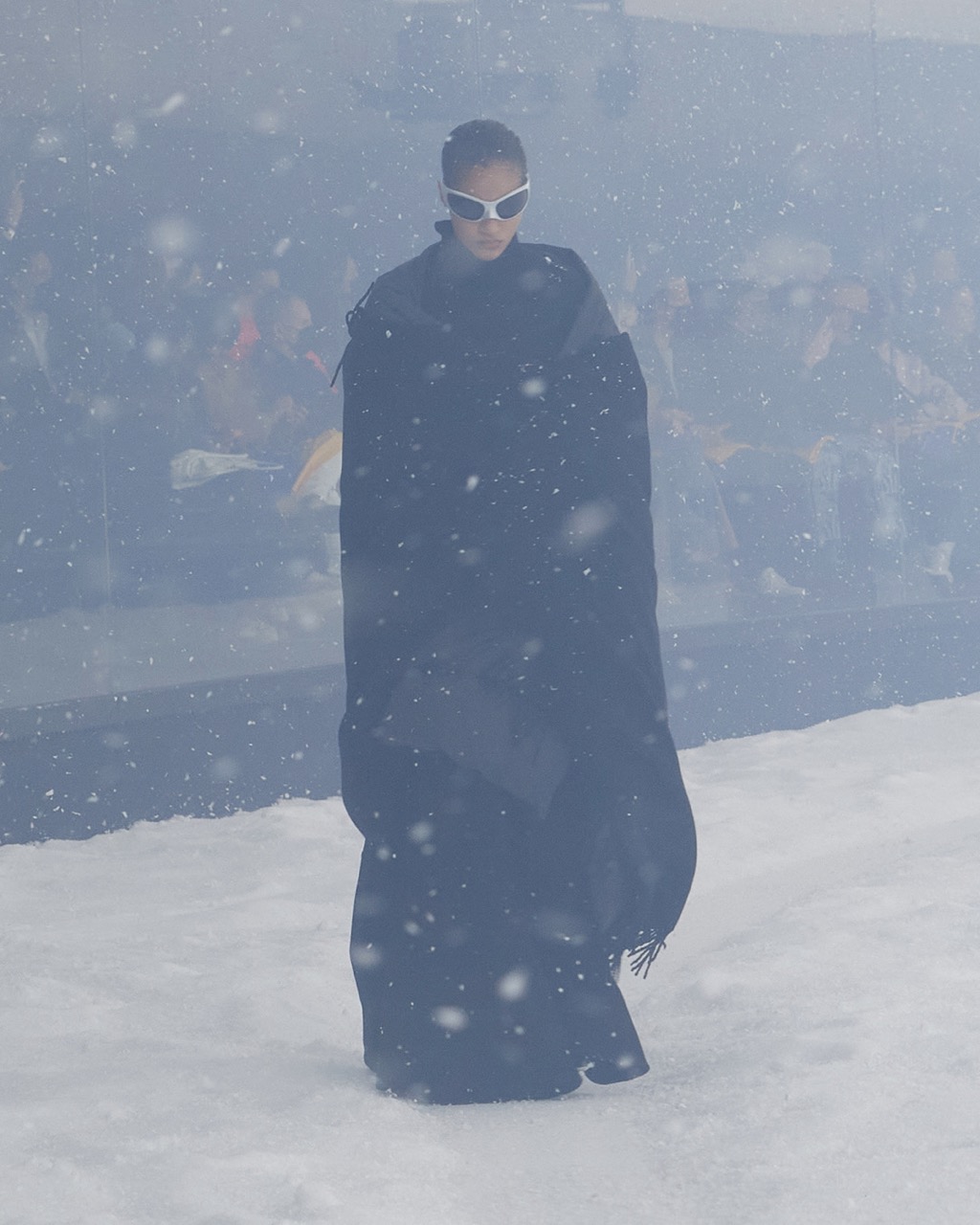 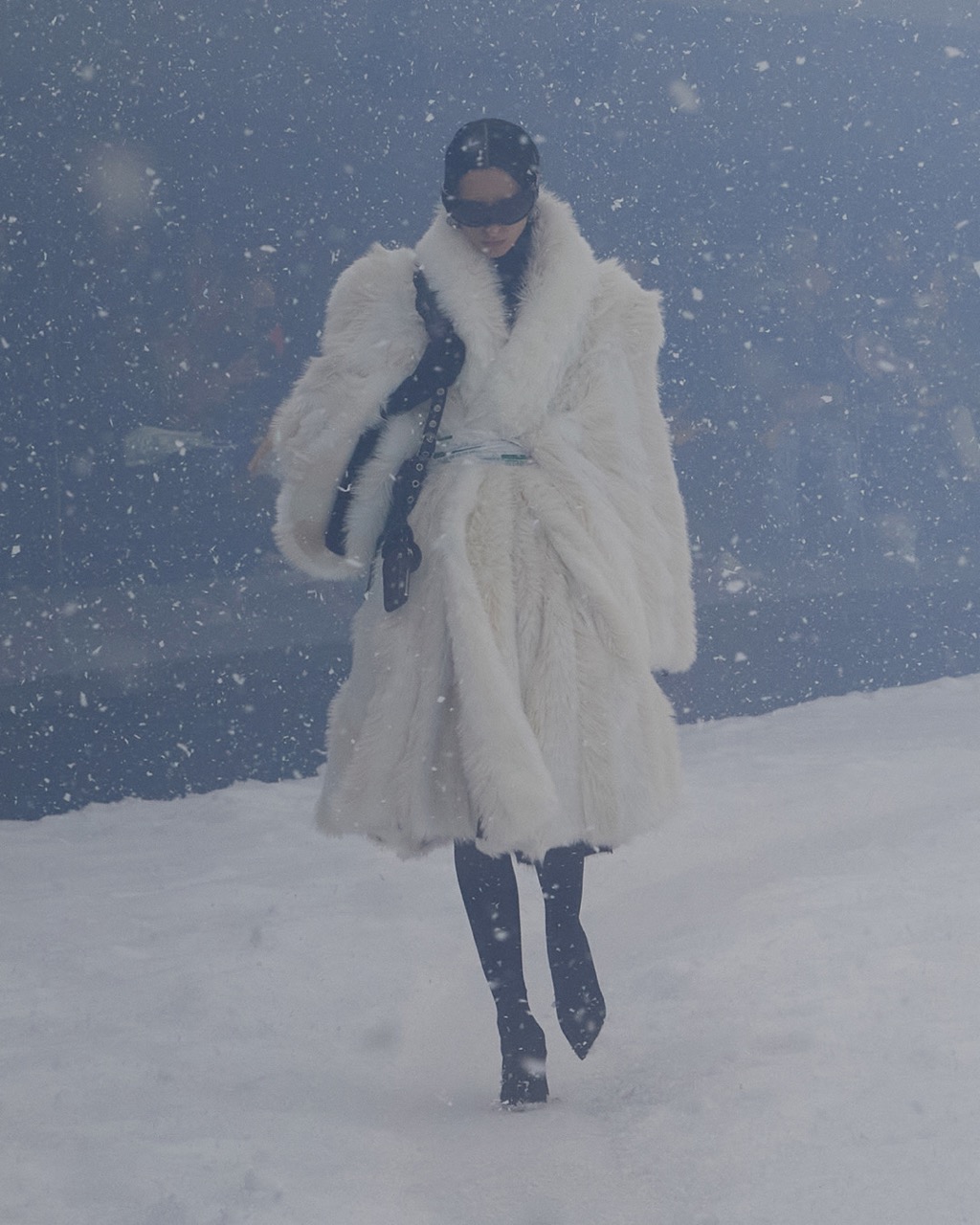 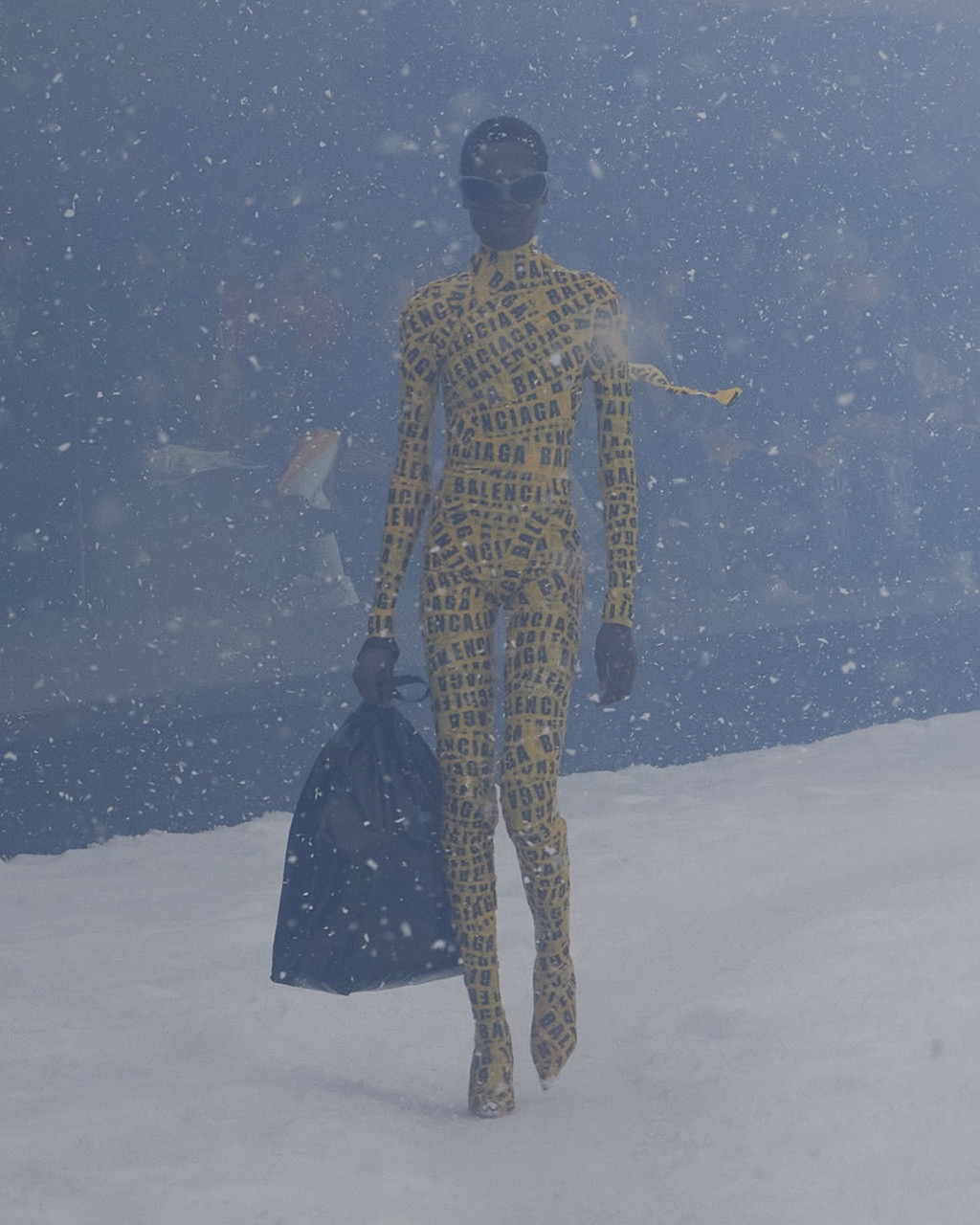 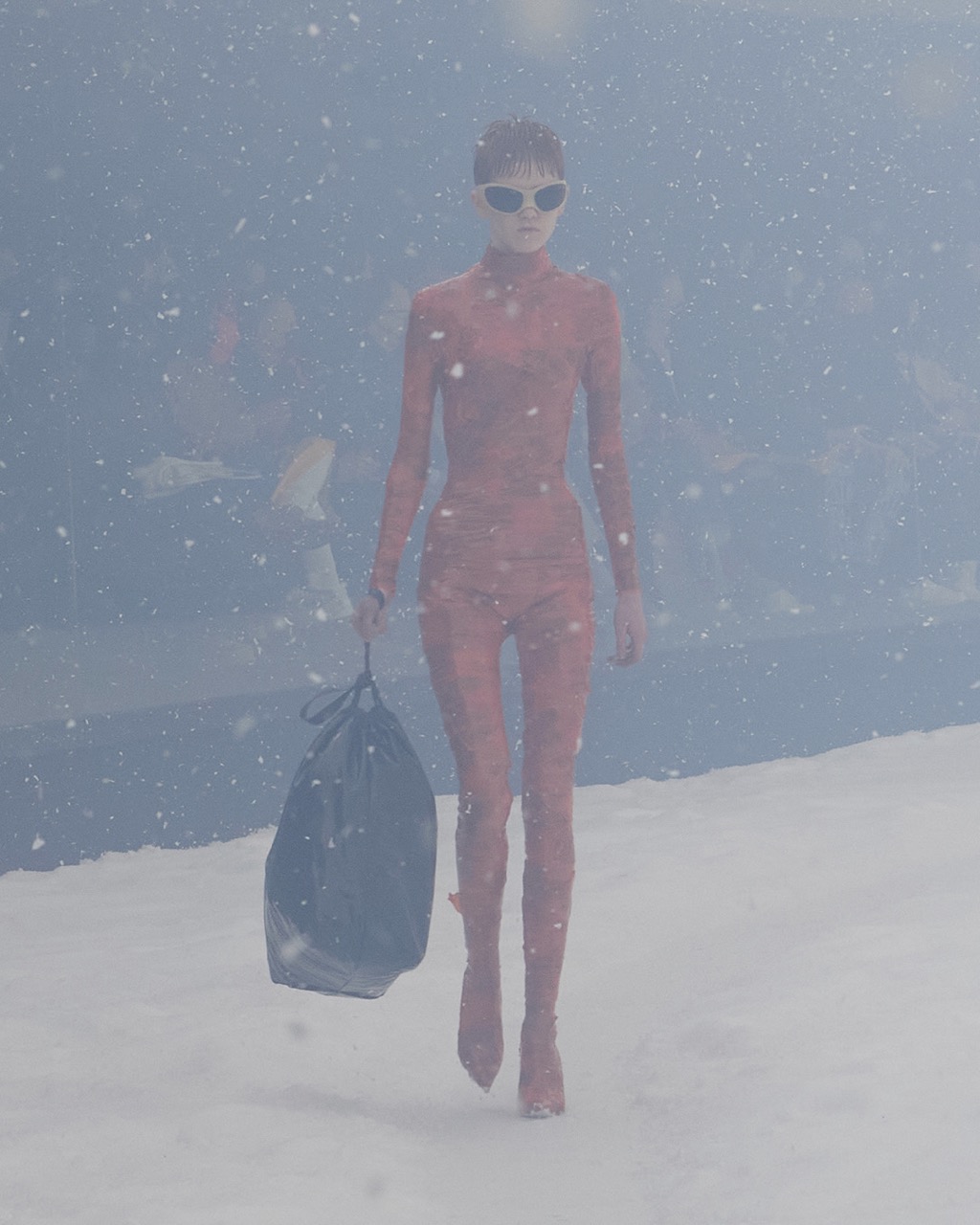 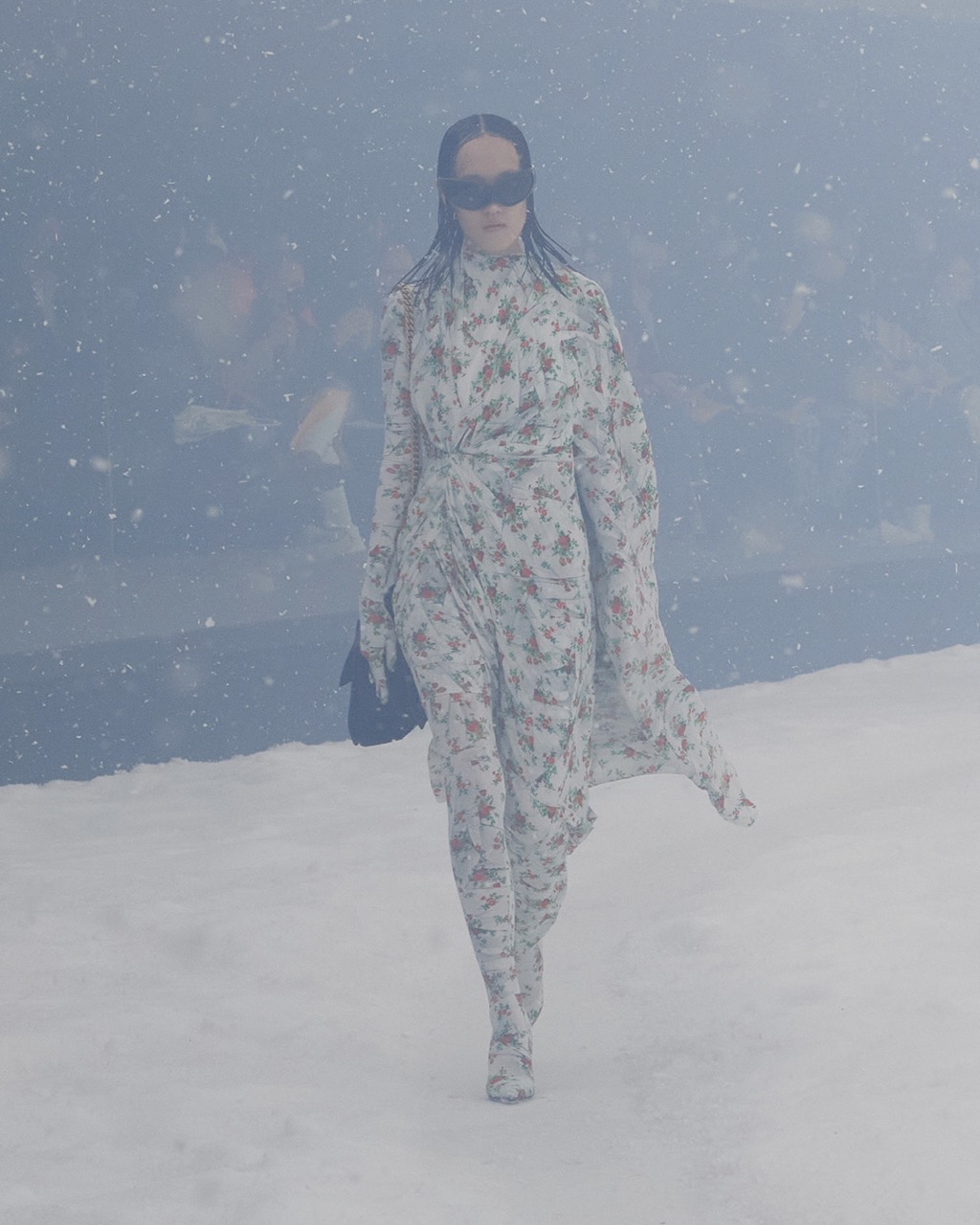 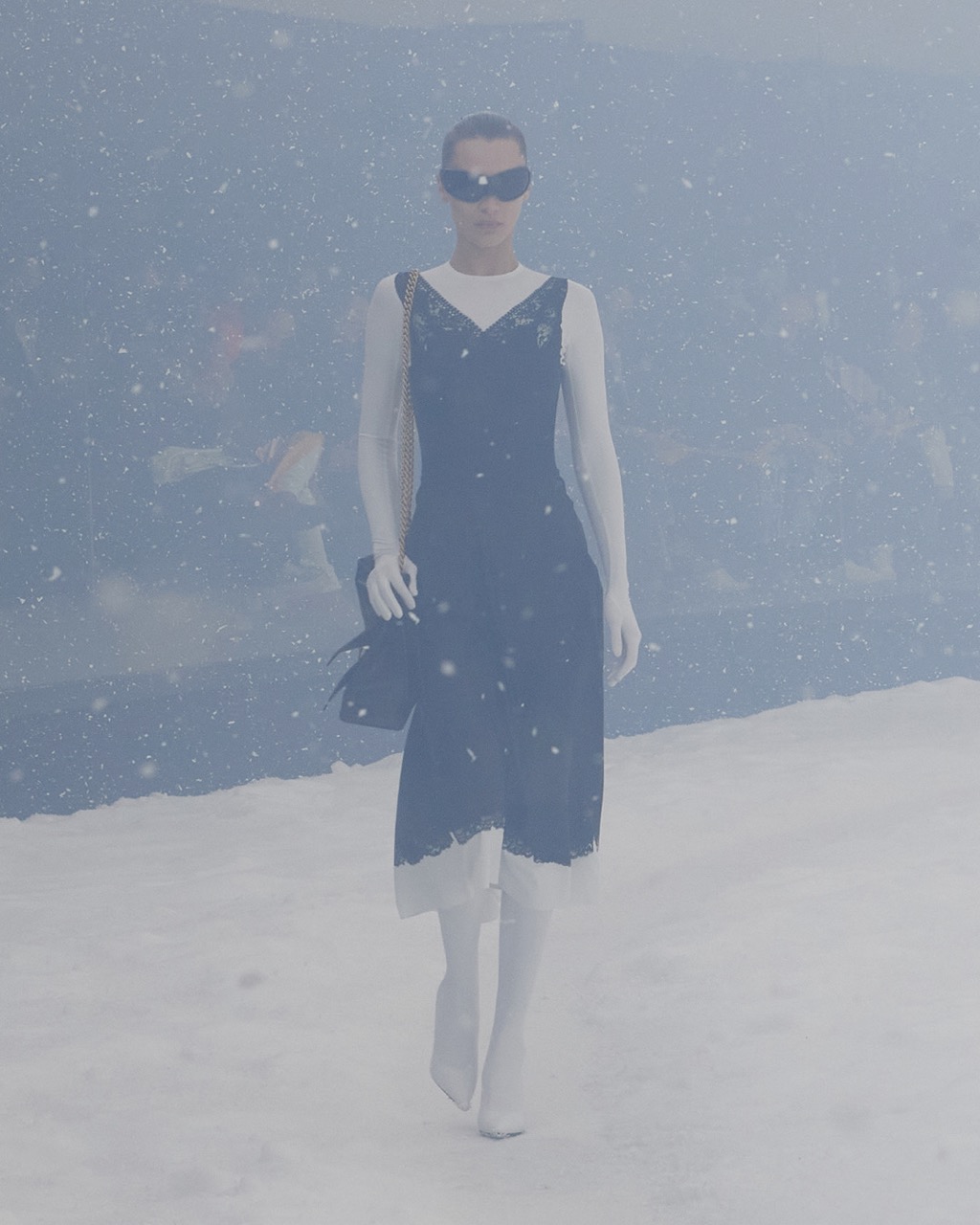 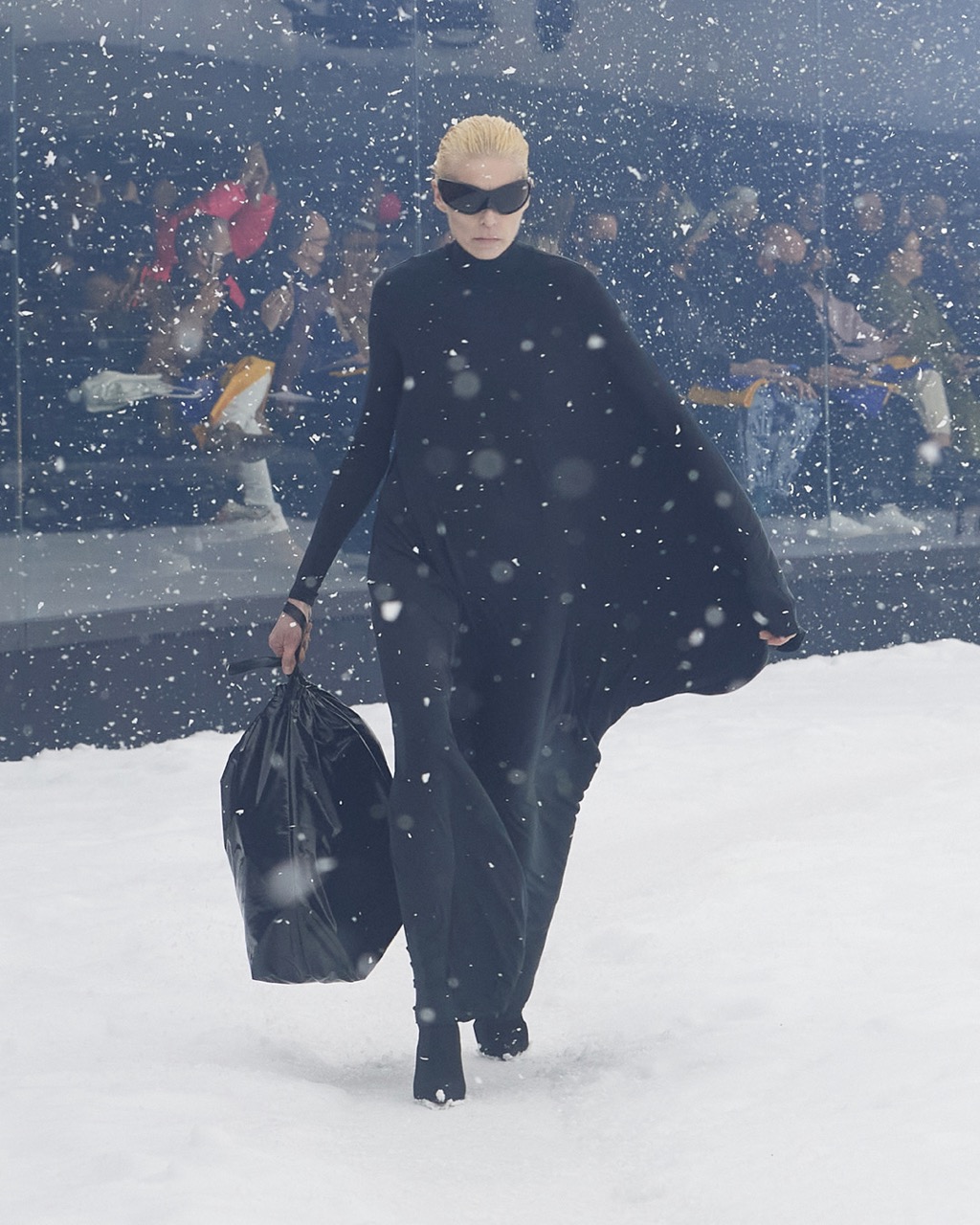 In a not-so-distant future, what was once considered ubiquitous banal, even is now rarefied, often
only experienceable via simulation. Weather, for example, is machine-made or rendered digitally;
snow is exotic. The term “winter” takes on a new meaning, although imbued with nostalgia for a
time of predictable seasons.

Balenciaga Winter 22 is presented on an infinite white field, encapsulated with a protective glass
screen. In this real-life 3-D live stream with a 360° view, we observe the idea of a season as we once
knew it. Just as a souvenir snow globe preserves a memory, the impending present plays out within
a manufactured storm, mapping past winters onto the next.