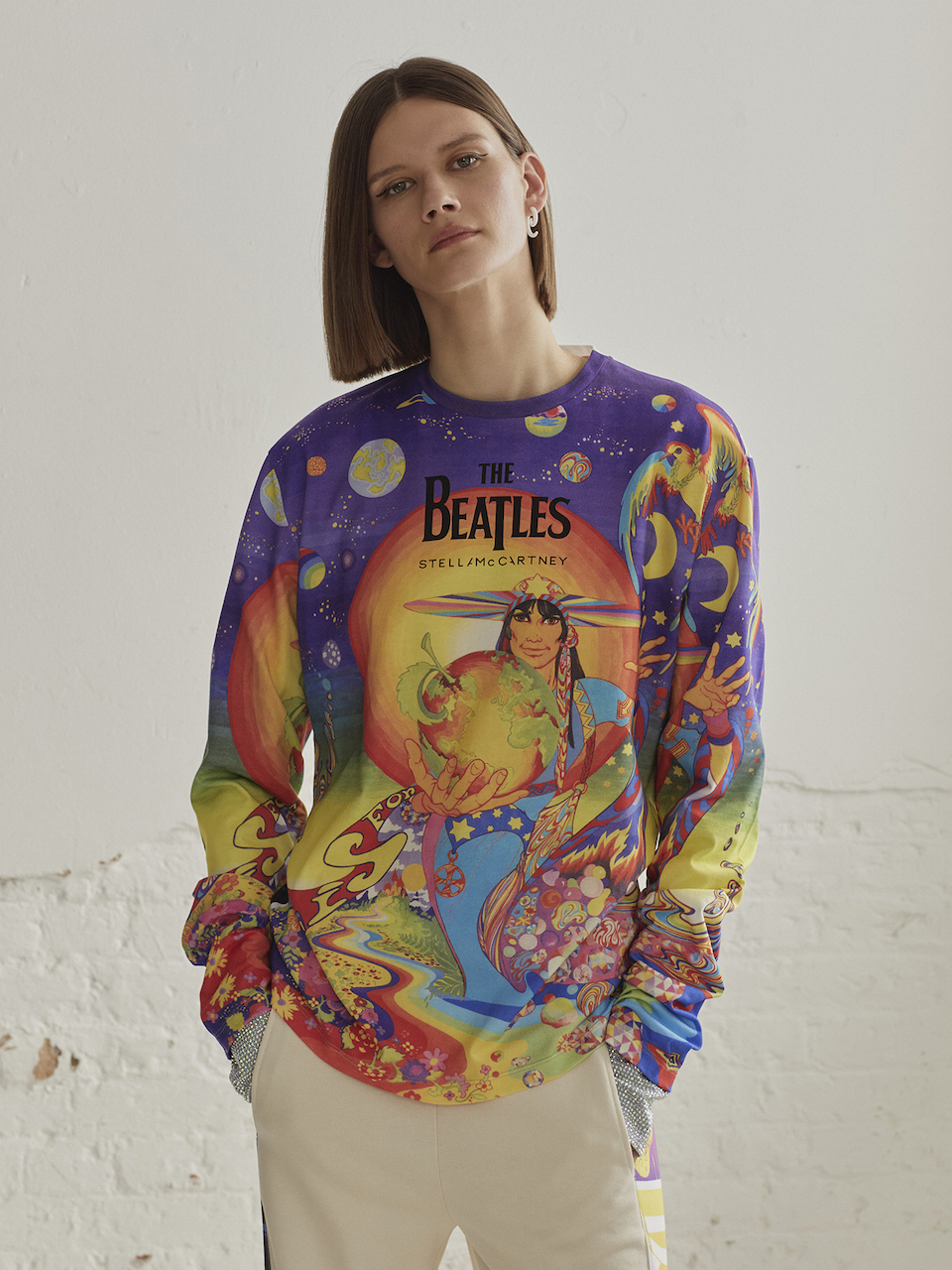 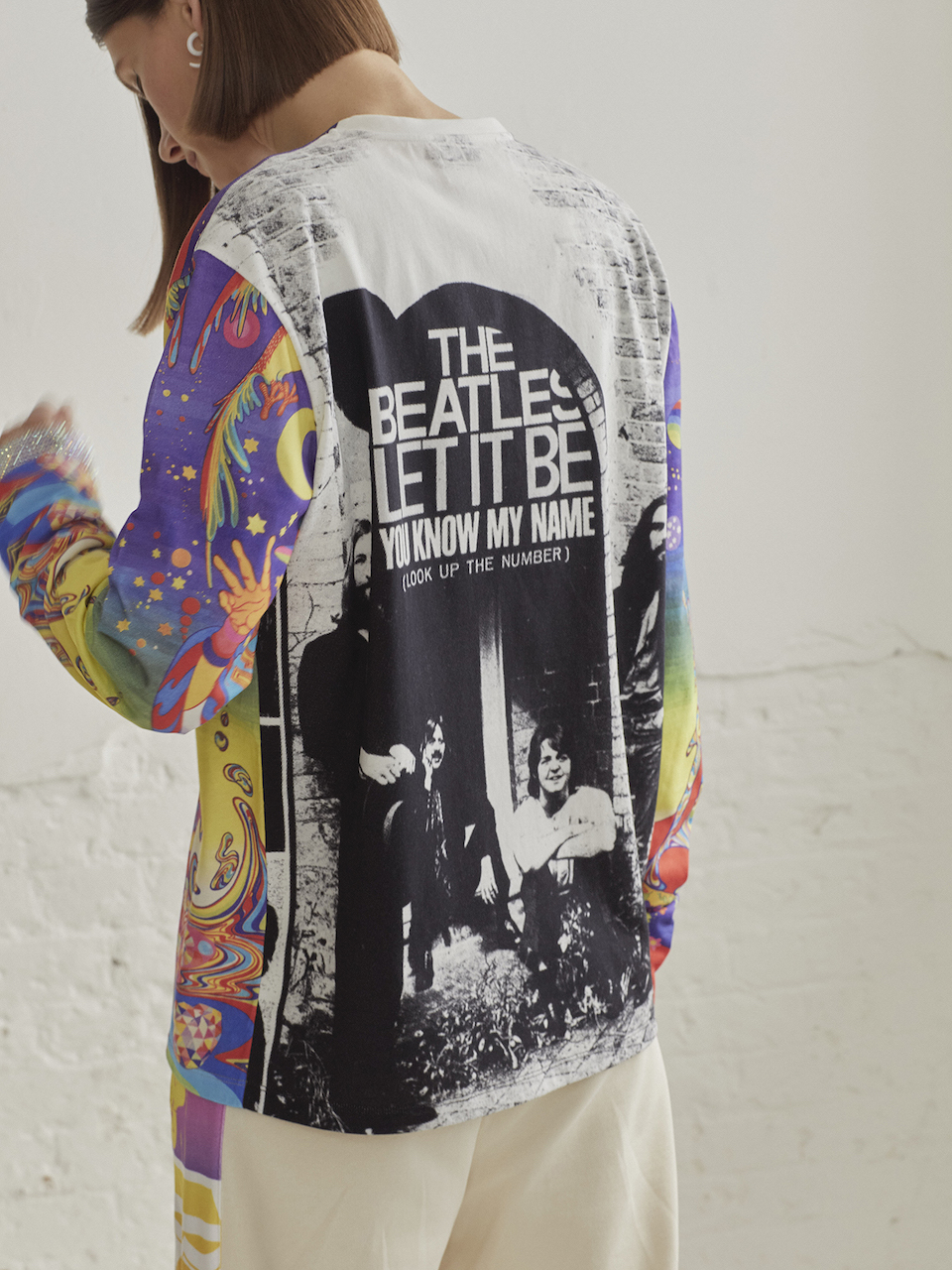 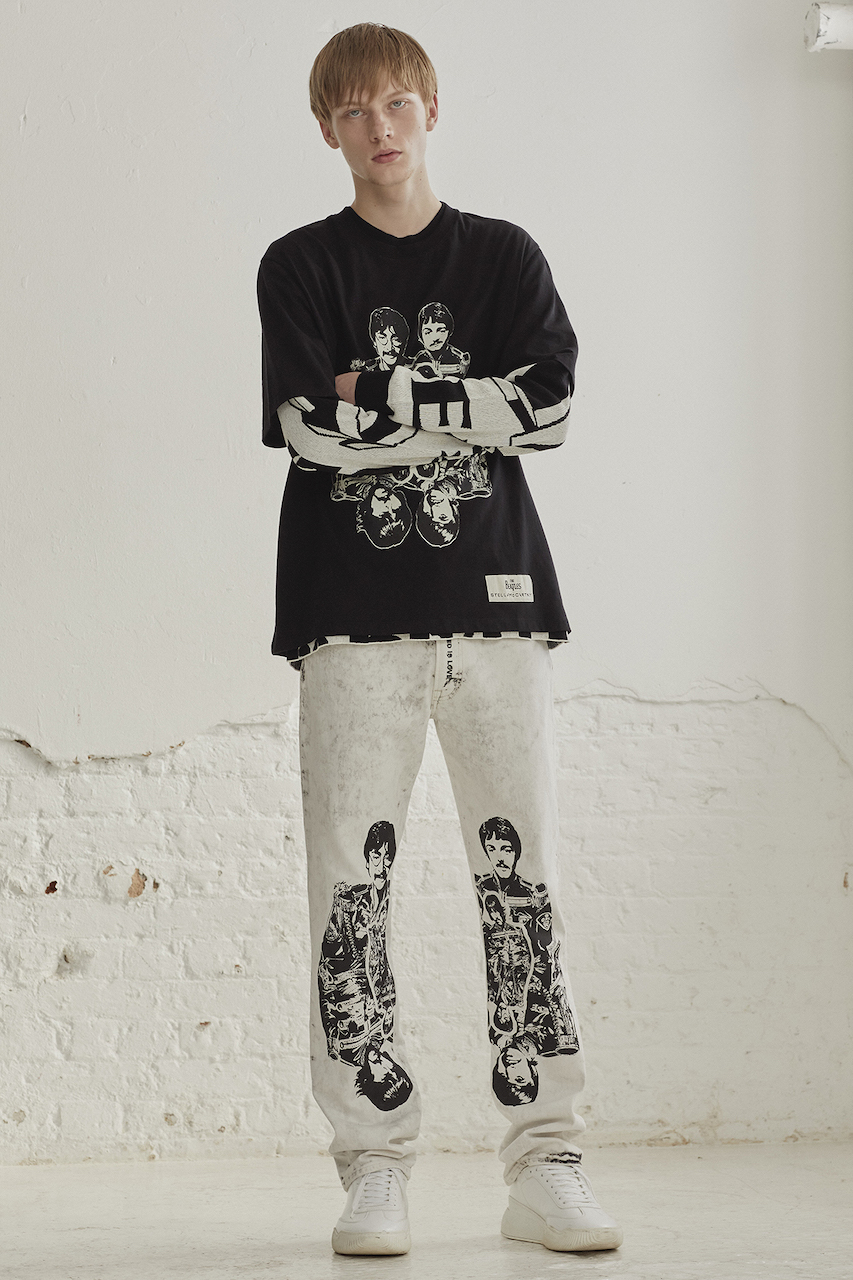 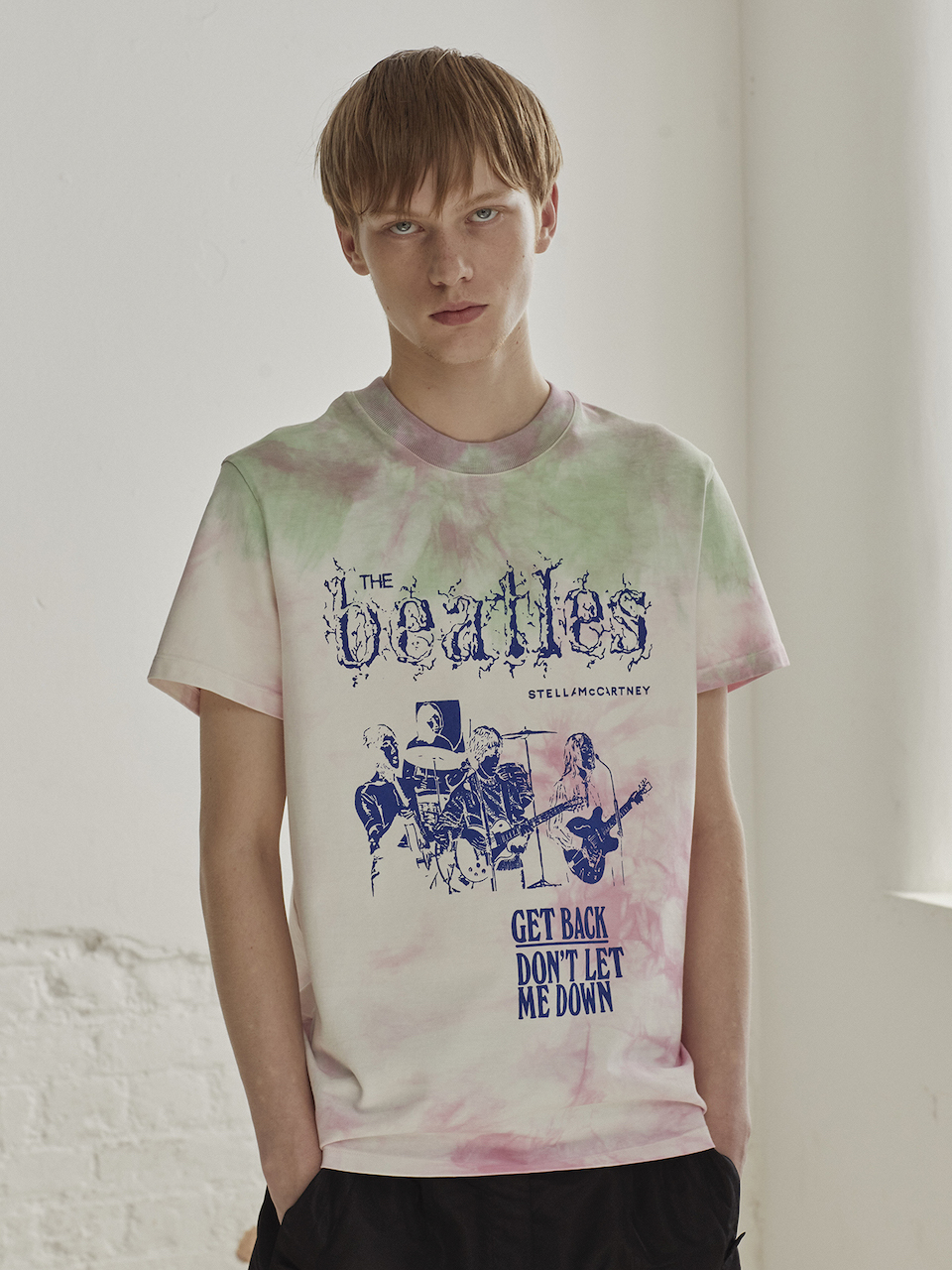 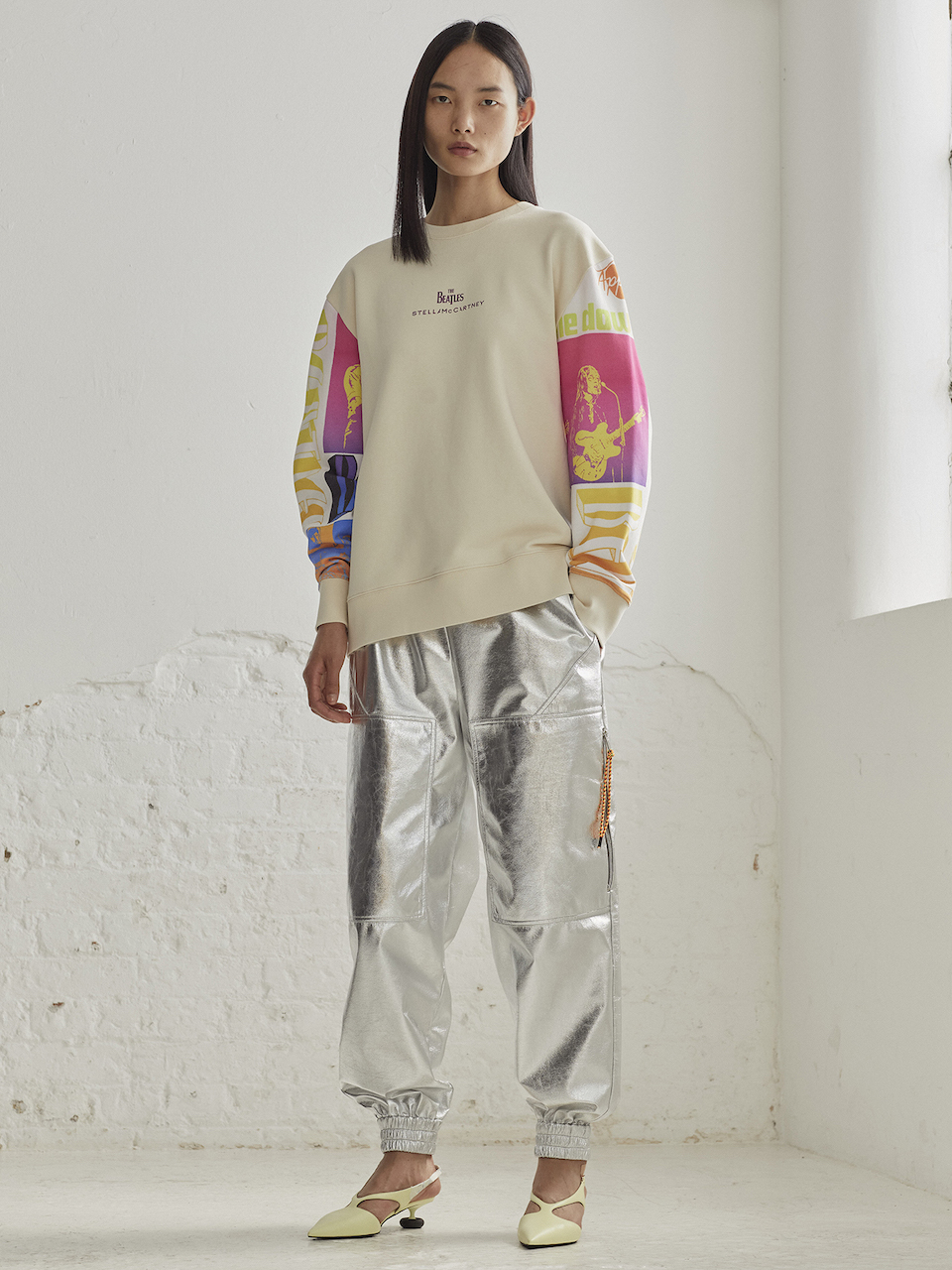 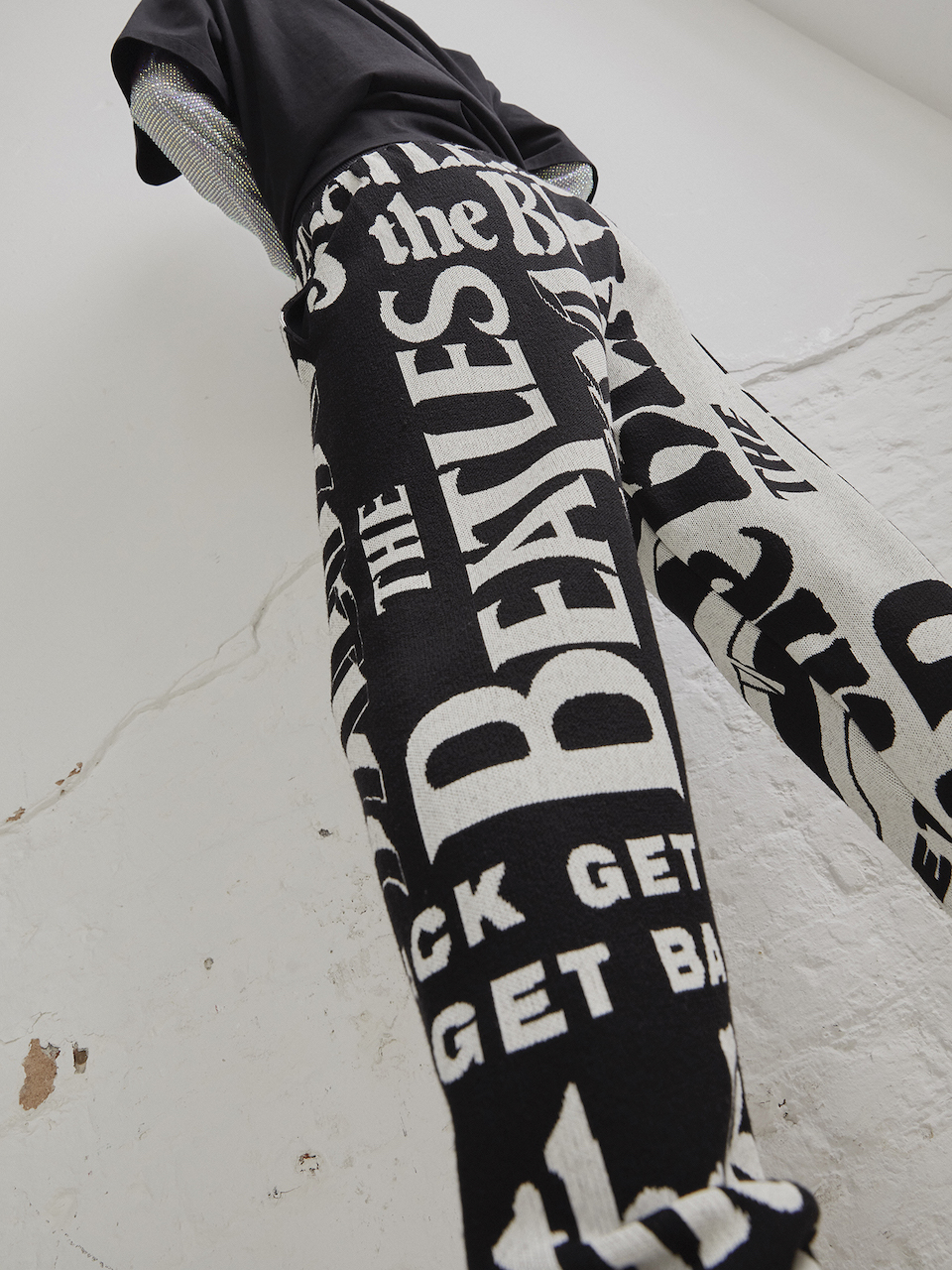 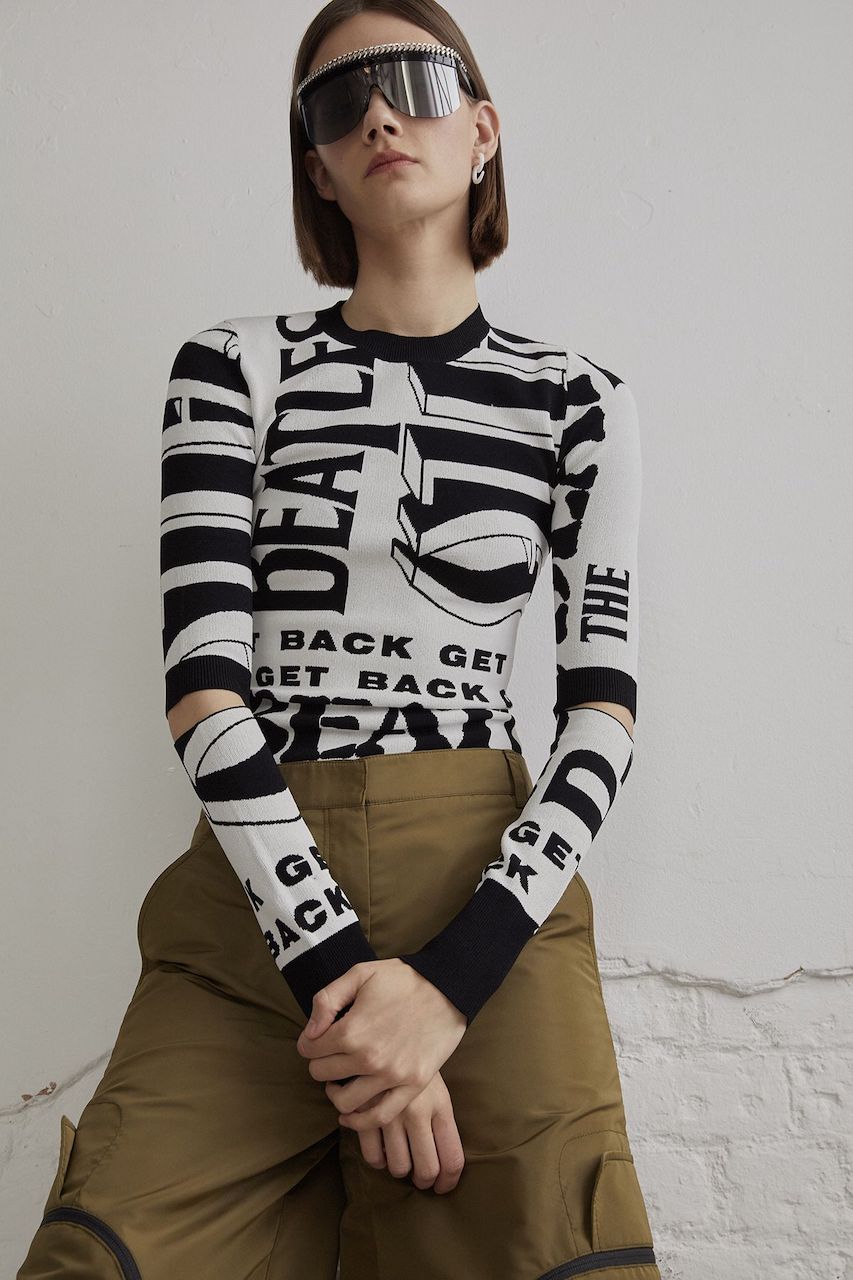 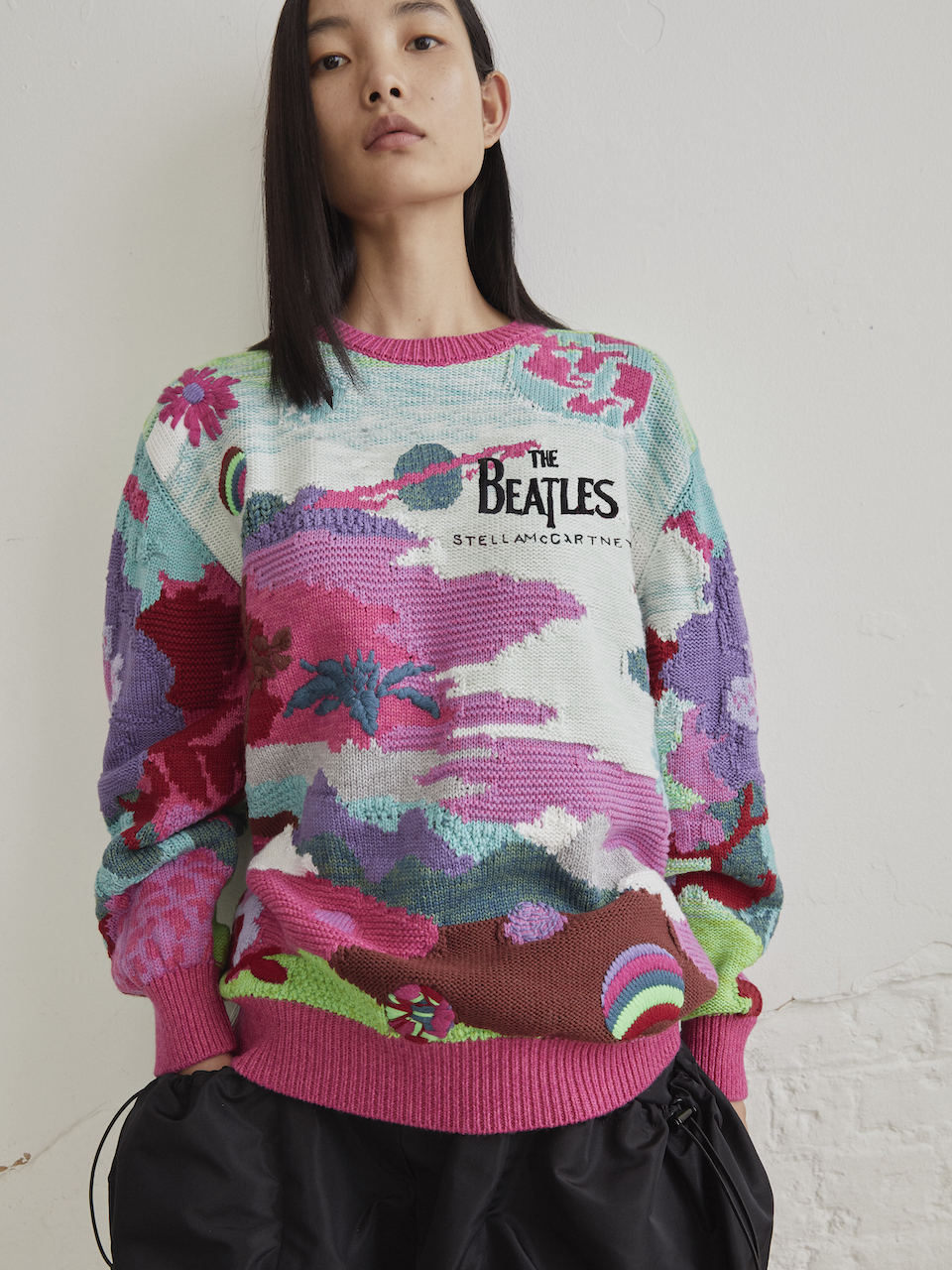 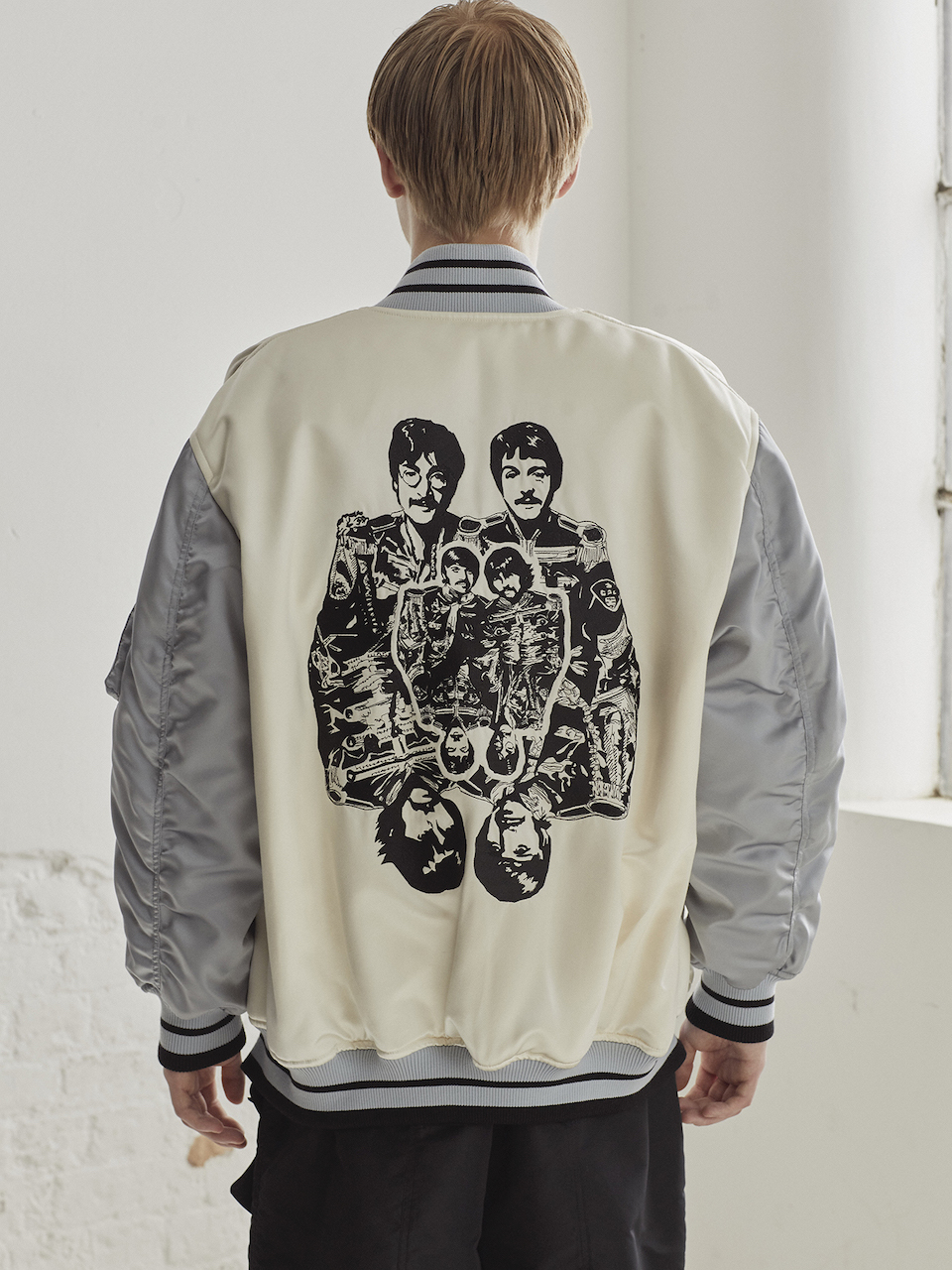 The Stella McCartney x The Beatles: Get Back capsule is a celebration of the legendary British band, named for a track from their final album, Let It Be, and an upcoming Disney+ documentary. Launched as part of the Spring 2022 collection, it is a concise wardrobe of conscious pieces easily worn by women and men – featuring monochromatic graphics inspired by the foursome’s most iconic covers and typography contrasted with vibrant psychedelic prints created by their long-time collaborators, The Fool collective. The Stella McCartney x The Beatles: Get Back capsule will launch with an event at the legendary Henson Recording Studios in Los Angeles on 18 November, which will be visually and energetically replicated globally through immersive in-store experiences blending fashion and music.

“Get Back is about so much more than just a song or a concert – it is the timeless story of lifelong friends coming together to create something incredible with laughter and utter fearlessness whilst standing at the forefront of change. The Beatles were the faces of a cultural movement for positive change that continues to shape the lives of millions around the world, and I hope this capsule celebrates and communicates these ageless messages to a new generation.” – Stella McCartney

Directed by three-time Oscar-winning filmmaker Peter Jackson, “The Beatles: Get Back” follows John Lennon, Paul McCartney, George Harrison and Ringo Star as they plan their first live show in over two years. Compiled for over 60 hours of footage shot in 1969, the documentary showcases the warmth, camaraderie and creative genius that define the iconic foursome’s legacy. It offers an intimate view into The Beatles’ final recording sessions and features their last live performance together – a rooftop concert in London’s Savile Row, with this being the first time the show has ever been seen publicly in its entirety.

Reinterpreting this pivotal moment in musical and political history through aesthetics relevant to today’s generation, must-haves from the Stella McCartney x The Beatles: Get Back capsule include a regenerated nylon bomber inspired by Paul McCartney’s own wardrobe, galaxy wash organic cotton denim, a patchwork cardigan coat, knit tracksuits as well as accessories featuring graphic and collaged takes on the band’s iconography. These are contrasted with The Fool collective’s trippy and colourful graphics on t-shirts, jumpers and hoodies plus a vibrant version of the Reclypse unisex trainer,
Stella’s most sustainable vegan sneaker to date.