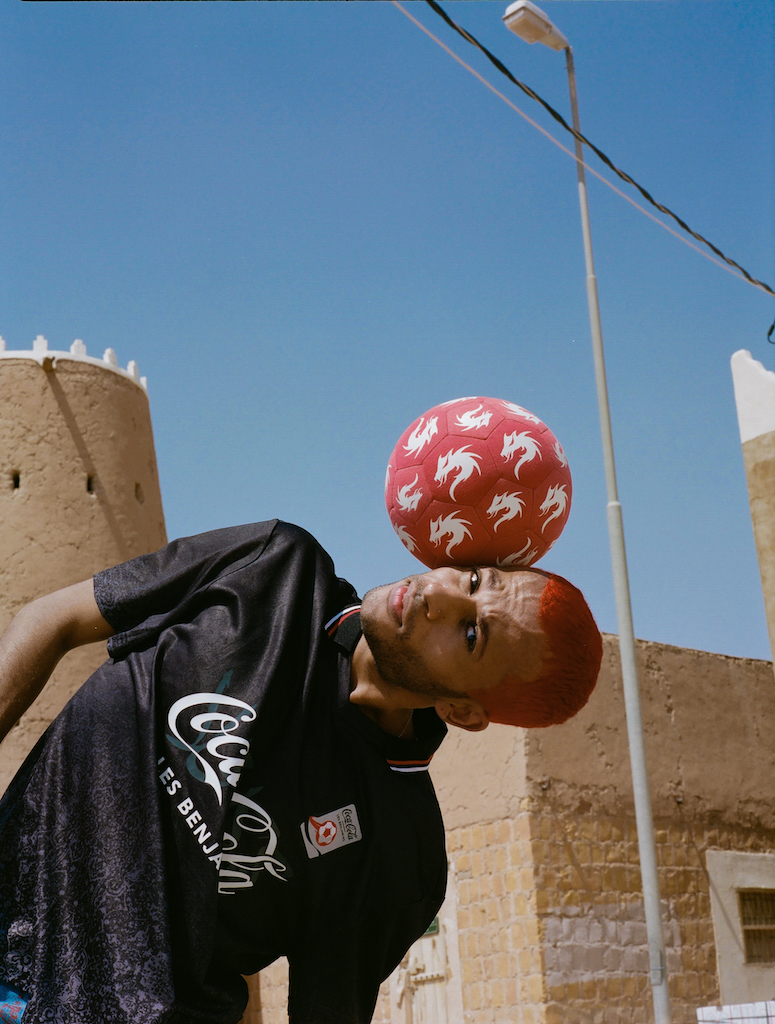 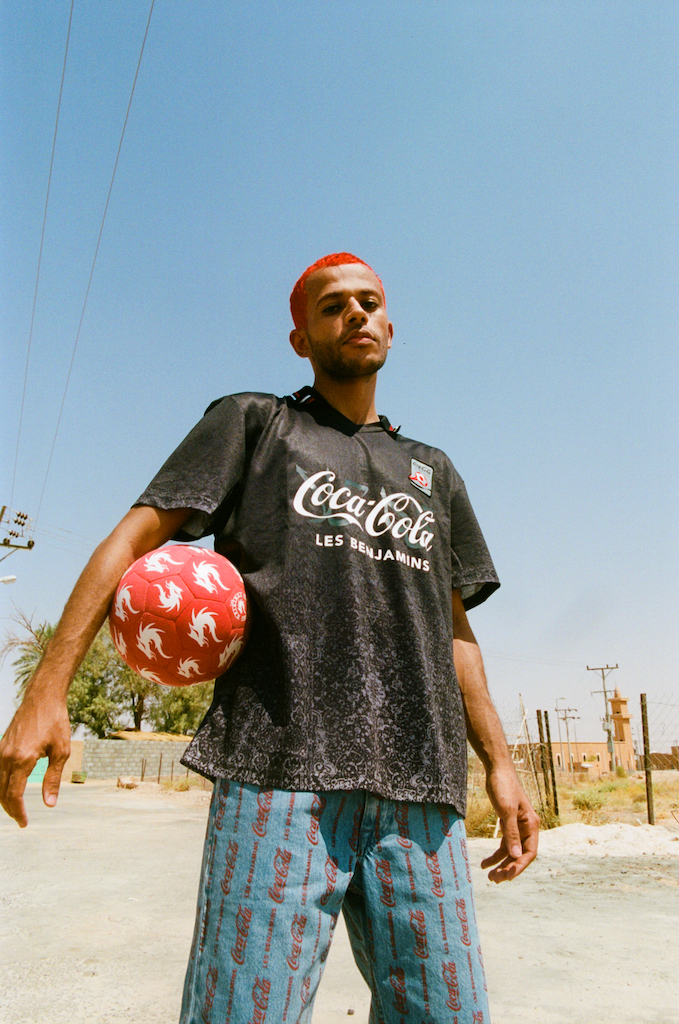 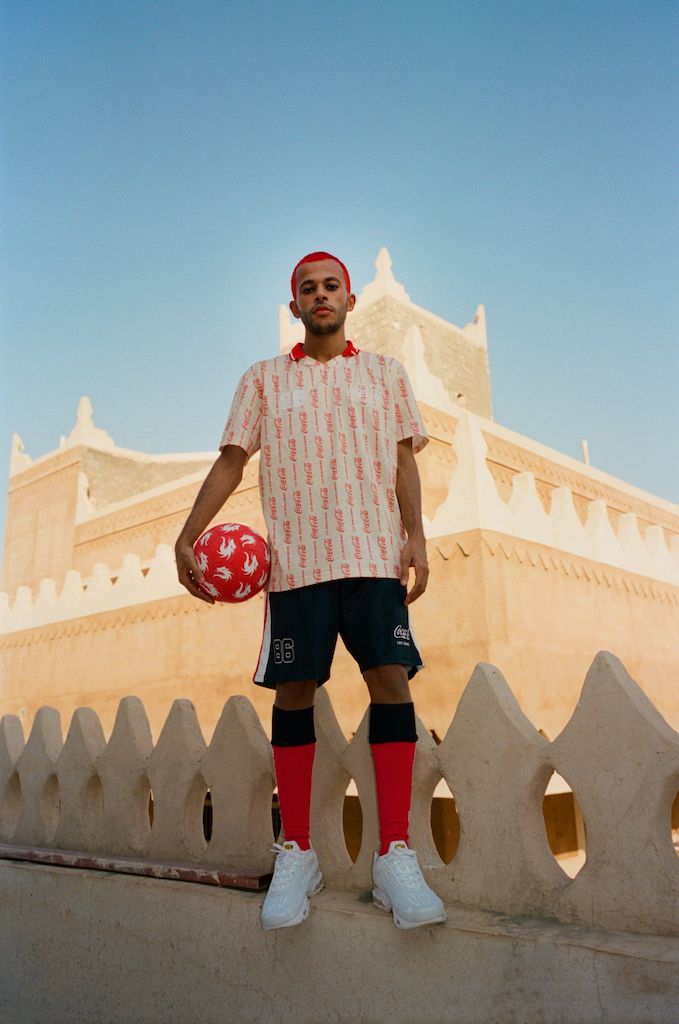 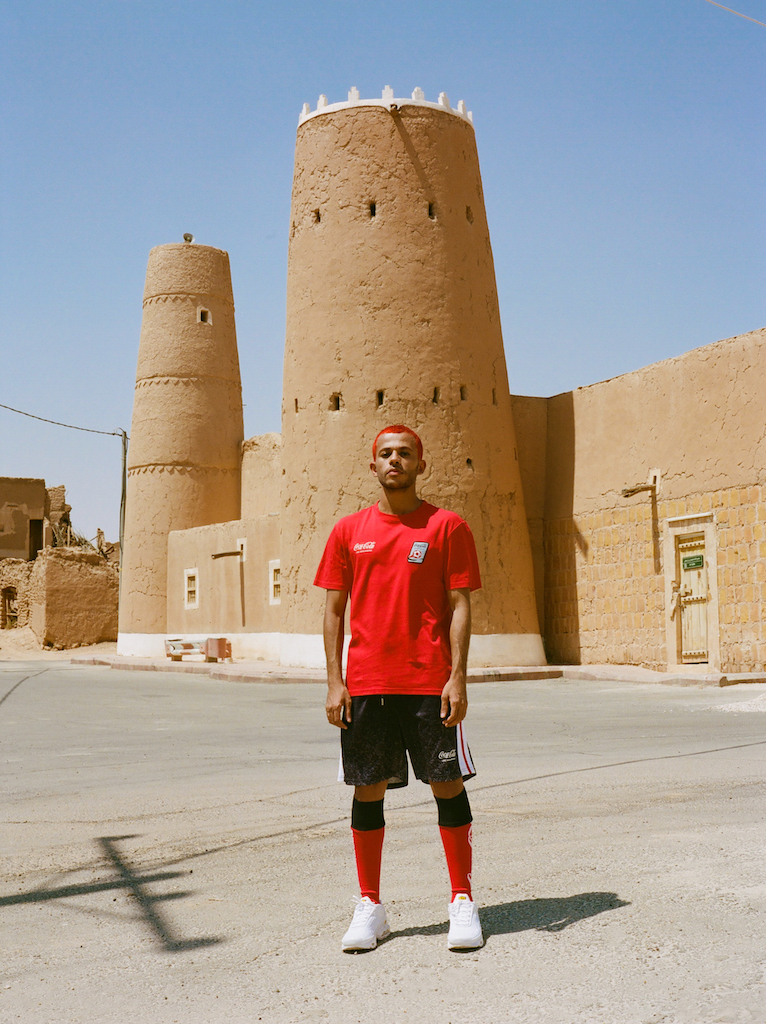 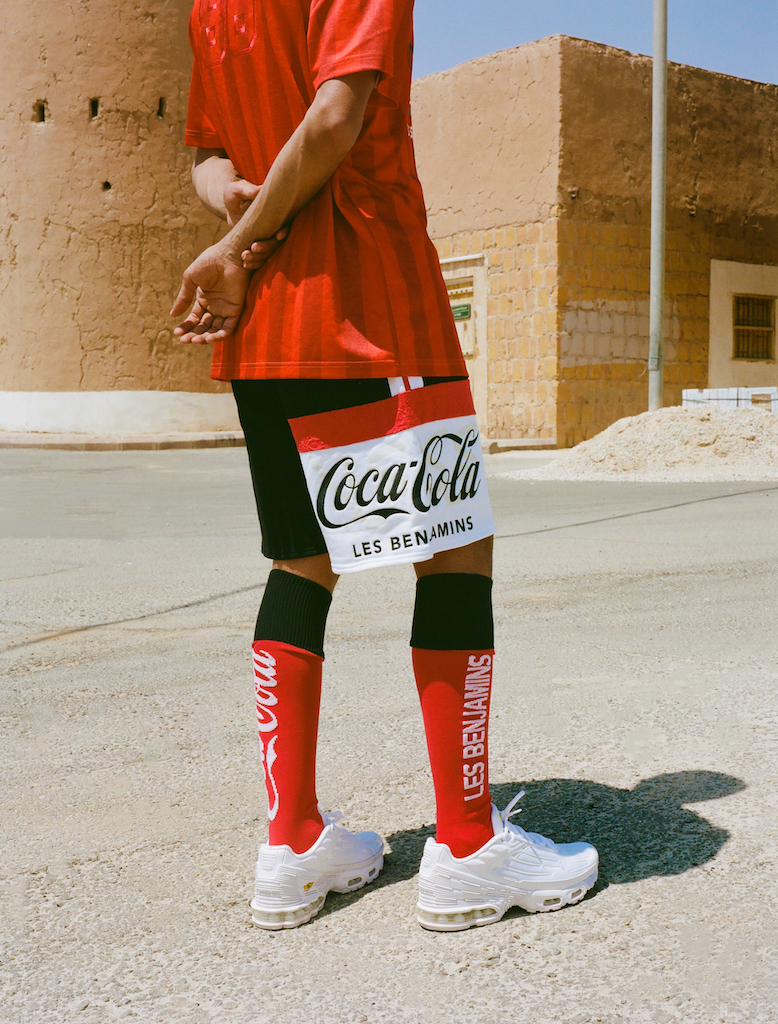 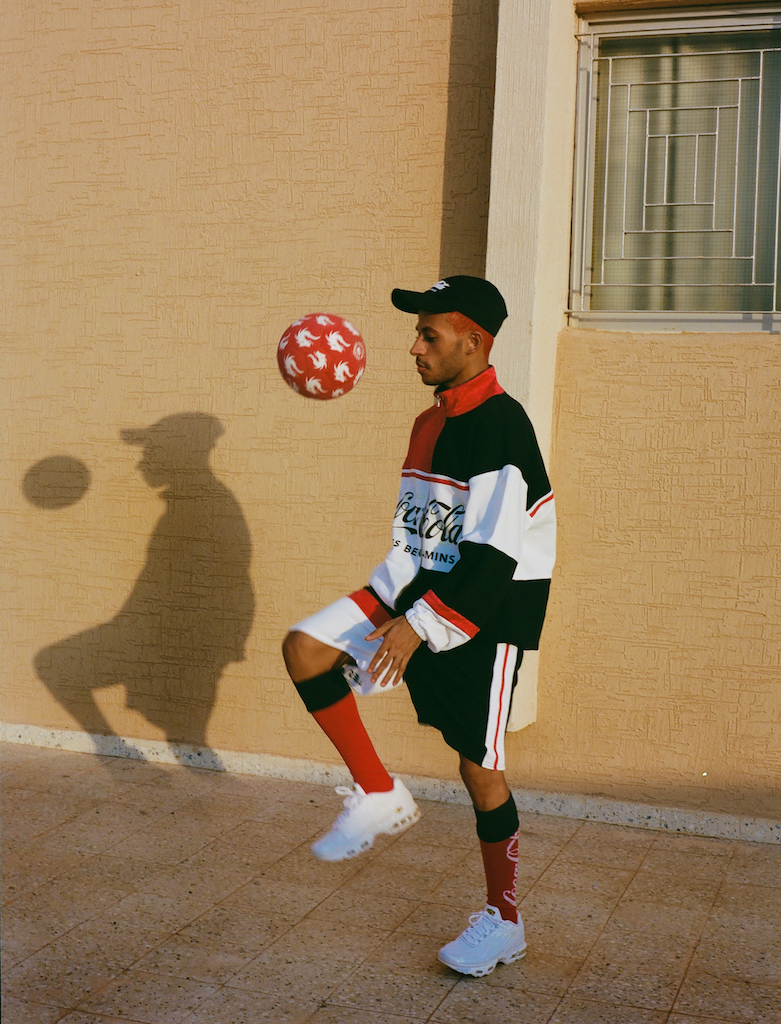 Les Benjamins and Coca-Cola have joined forces to create a beautifully crafted and retro capsule collection featuring contemporary silhouettes that the rising fashion brand is known for. The range, designed by Les Benjamins’ founder Bunyamin Aydin, was inspired by the 70’s and 80’s football era, to create a fresh, modern interpretation of Les Benjamins' streetwear aesthetic combined with Coca-Cola iconicity to make a statement.

The Les Benjamins x Coca-Cola capsule collection includes a dynamic range of seasonal pieces. The unisex collection offers contemporary silhouettes, featuring playful accents of Coca-Cola’s traditional red, white and black hues. The range of athletic and retro aesthetics also includes Les Benjamins’ signature tonal carpet pattern, a staple monogram seen throughout their collaborations, on each piece in the collection. From bold red tops to matching denim trousers and jackets, from bodysuits and dresses to blazers and shorts, the collection offers a variety of unique and eye-catching pieces. Hero denim styles, retro stripes and jacquard patterns are also a unified thread throughout the collection.

Bunyamin Aydin, Founder and Creative Director of Les Benjamins, said: “I grew up in Germany and played football as a child in Neuss. The collection is inspiredby this time and the 70’s and 80’s football era. I wanted to play homage to the football legends I looked up to such as the great Maradona, Pele and Beckenbauer. The collection for me is very much a hybrid between sport and tailoring. It’s about East meeting West and delivering designs that incorporate a melting pot of references.”

Jackie Duff, Director EMEA and Asia Pacific, Global Licensing & Retail for The Coca-Cola Company, explained: “We are excited to partner with Les Benjamins on the Les Benjamins x Coca-Cola capsule collection and bring this to the UAE. Fashion and sport have always been part of the brand DNA of Coca-Cola and we are proud to continue to celebrate individuality and togetherness through fashion collaborations such as these.”

The collection merges Coca-Cola and Les Benjamins’ DNA to create something special. Coca-Cola, known for celebrating togetherness and inclusivity, and Les Benjamins, known for provoking its audience with its vision of the contemporary East. Both brands have collaborated to celebrate two unique identities and the iconic products
they produce.