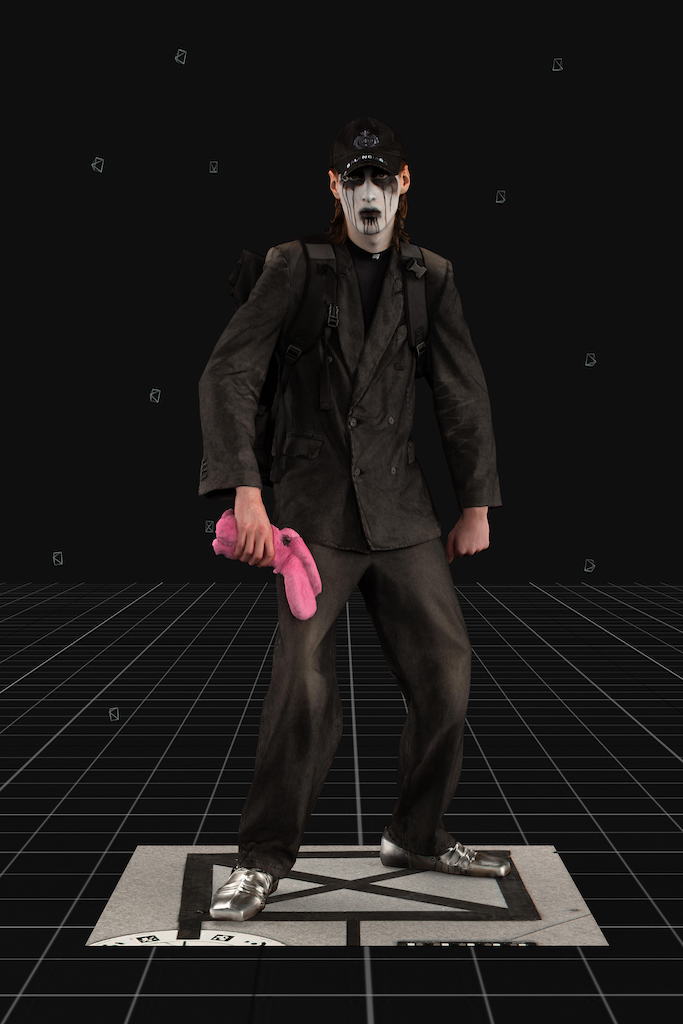 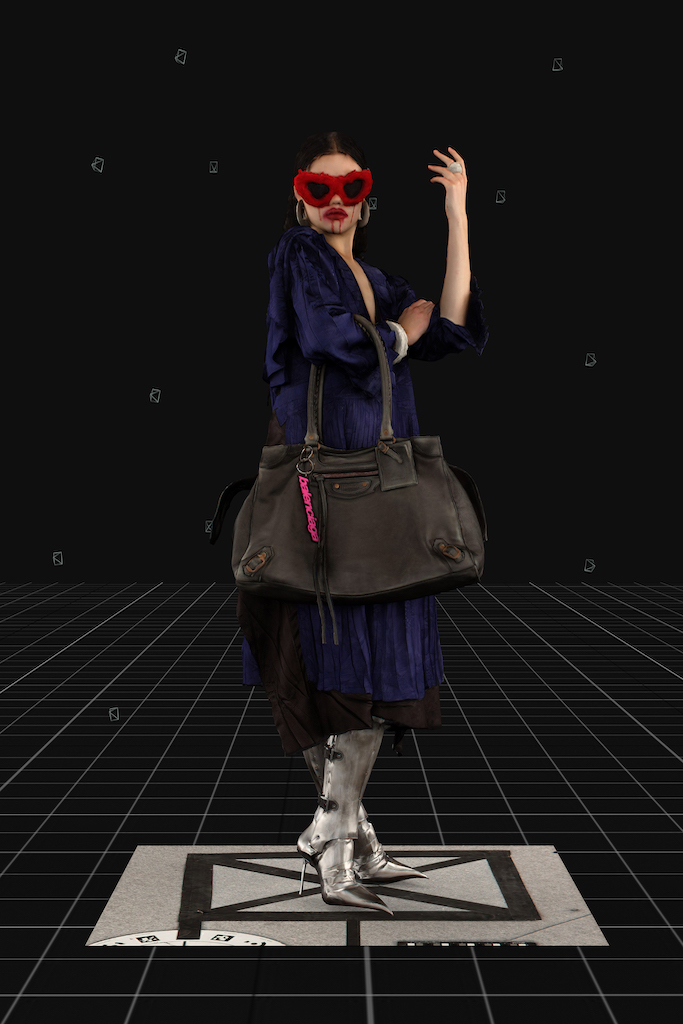 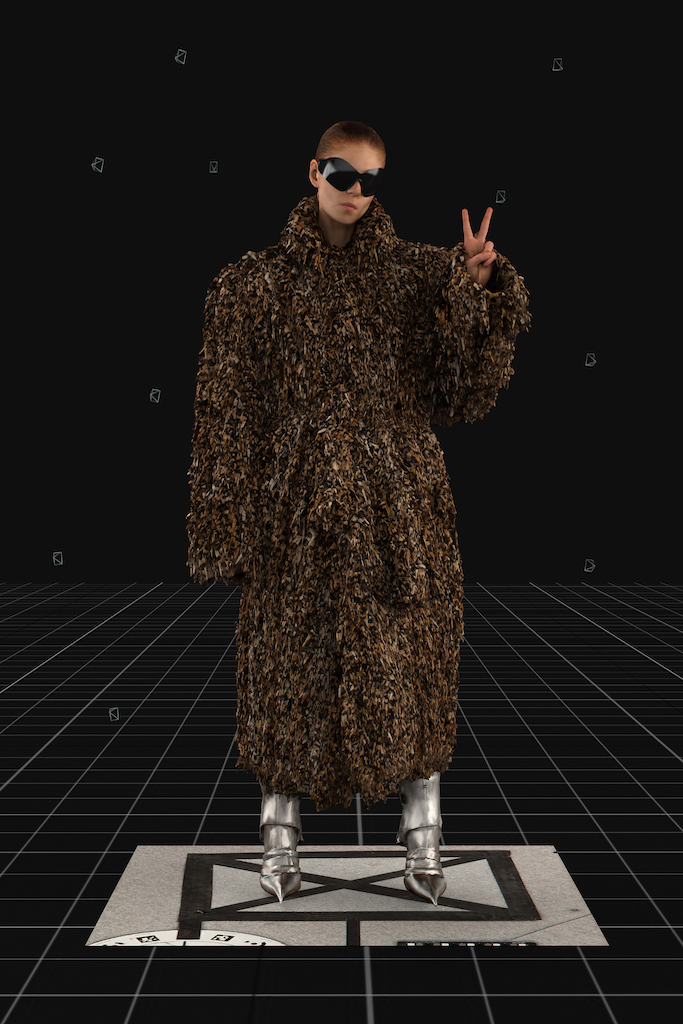 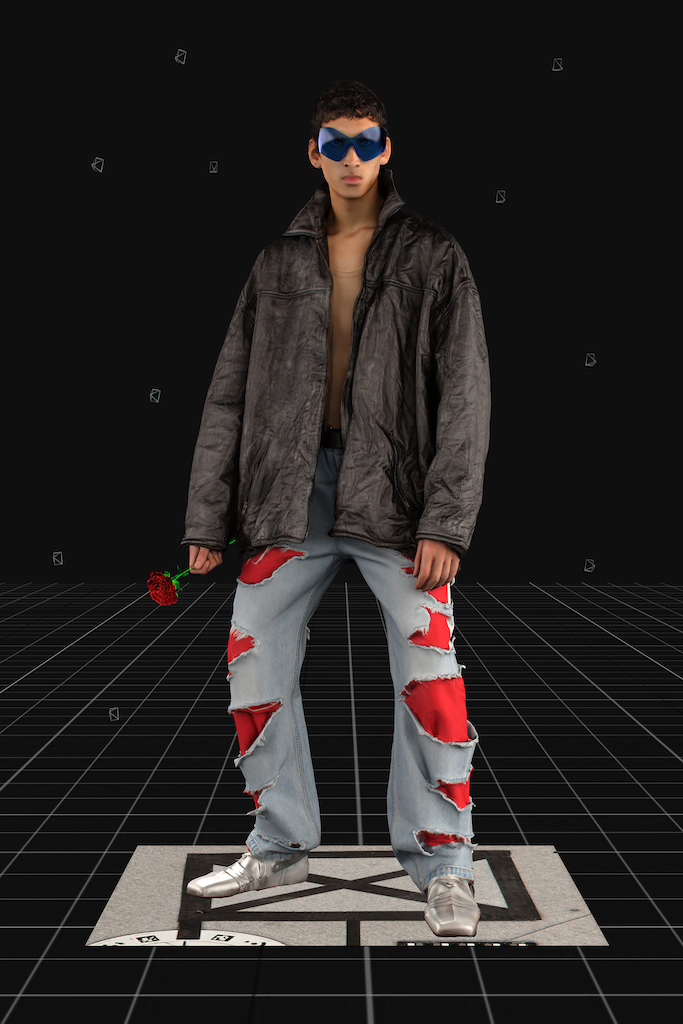 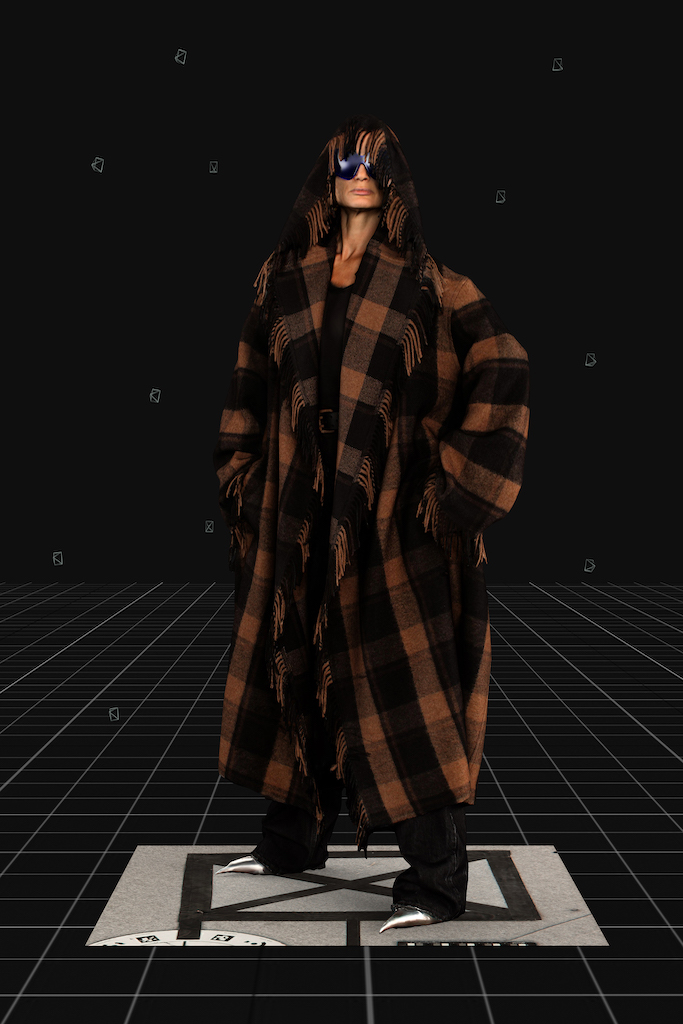 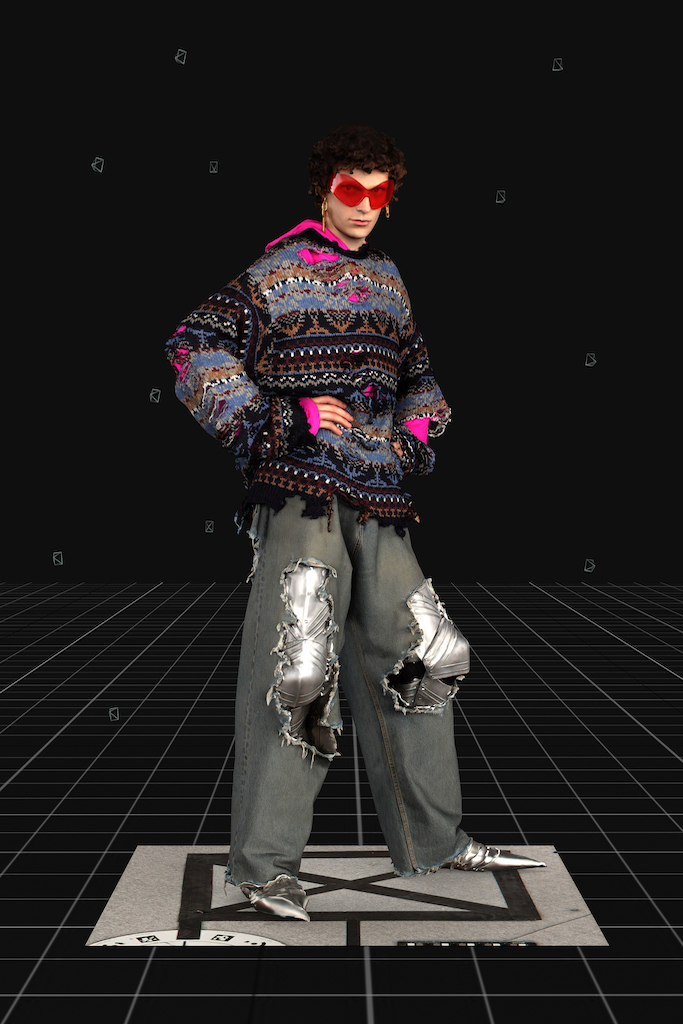 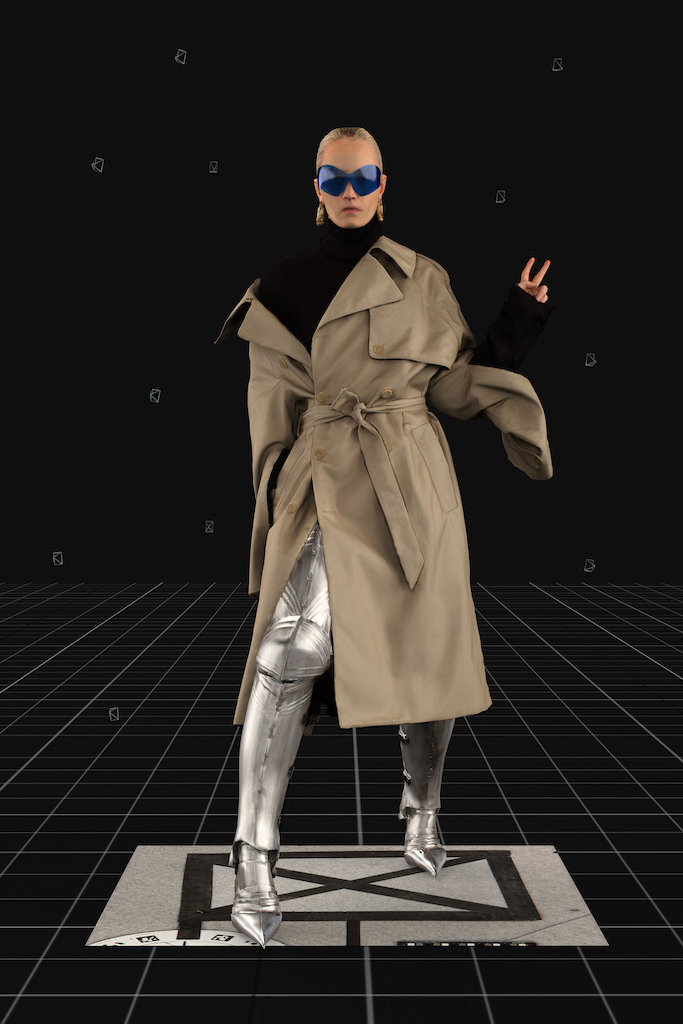 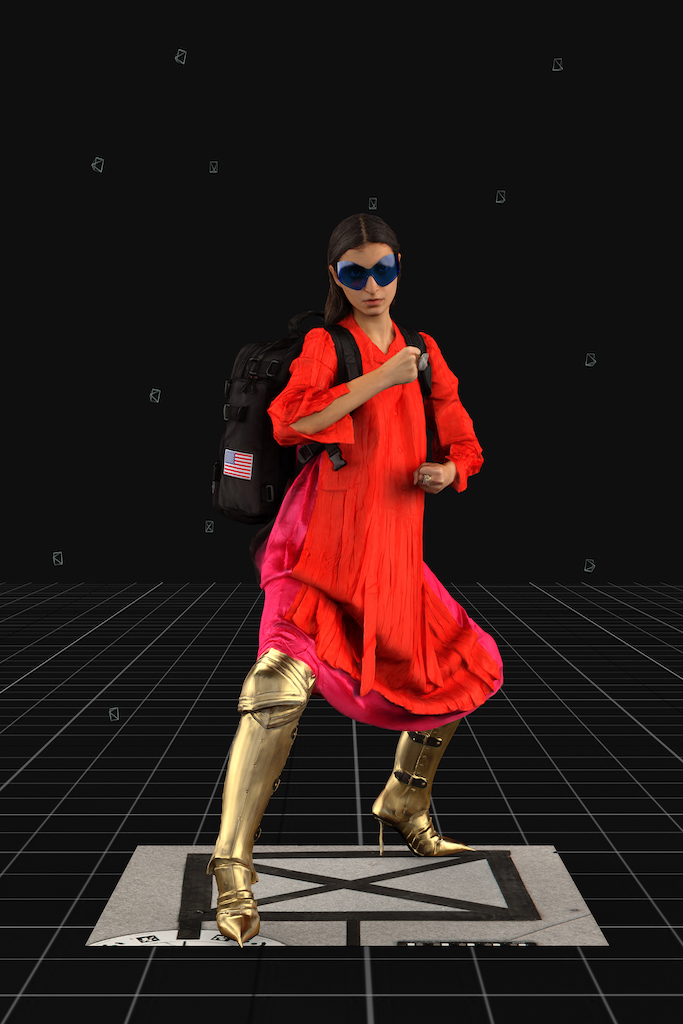 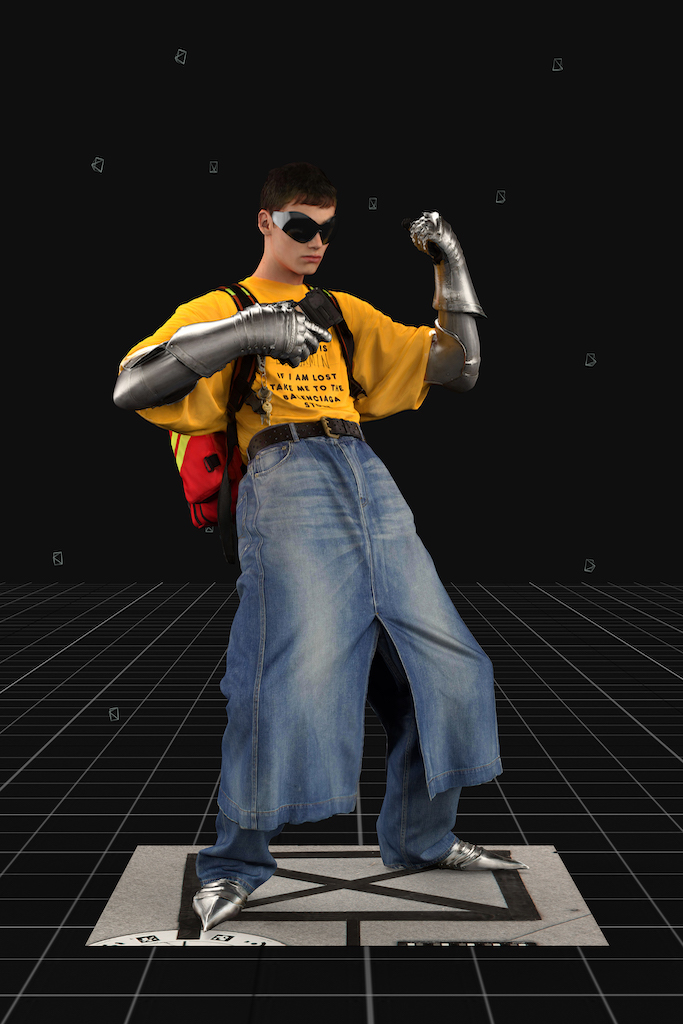 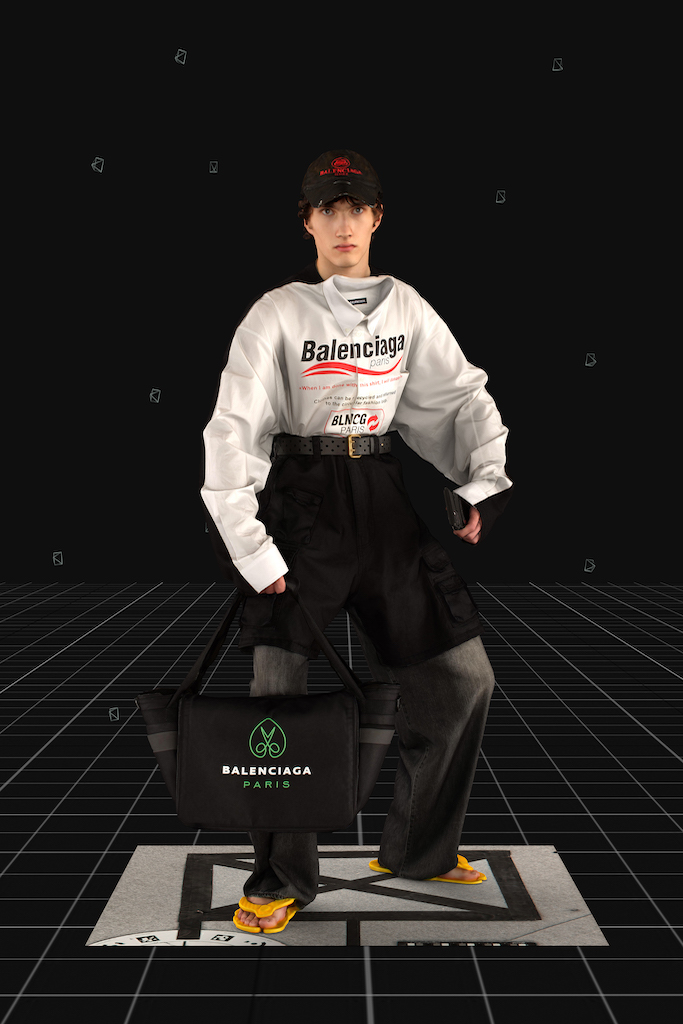 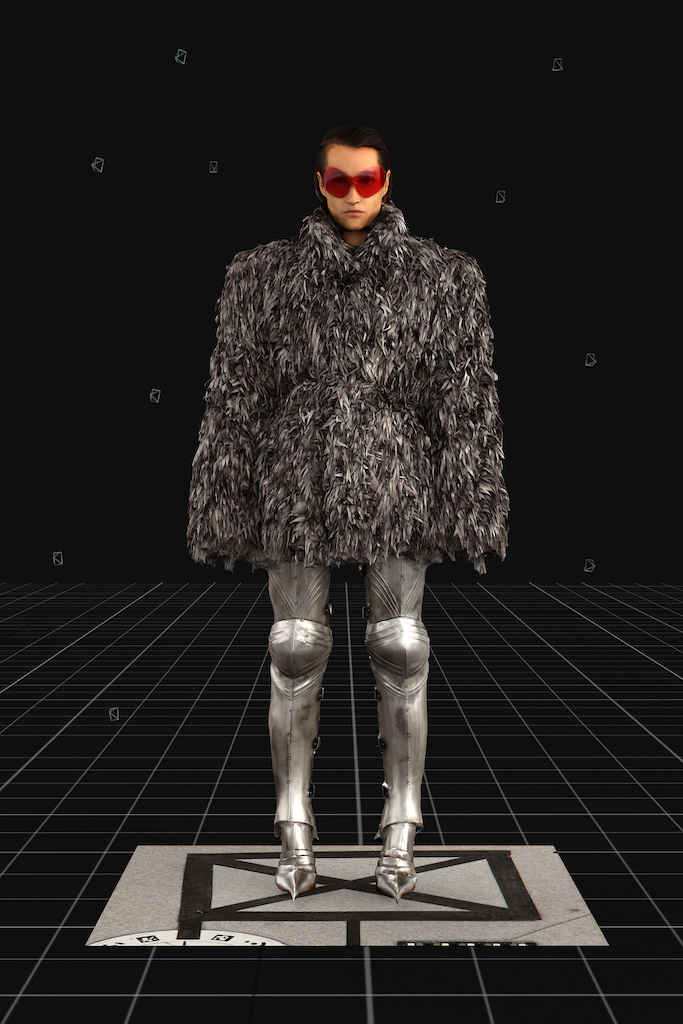 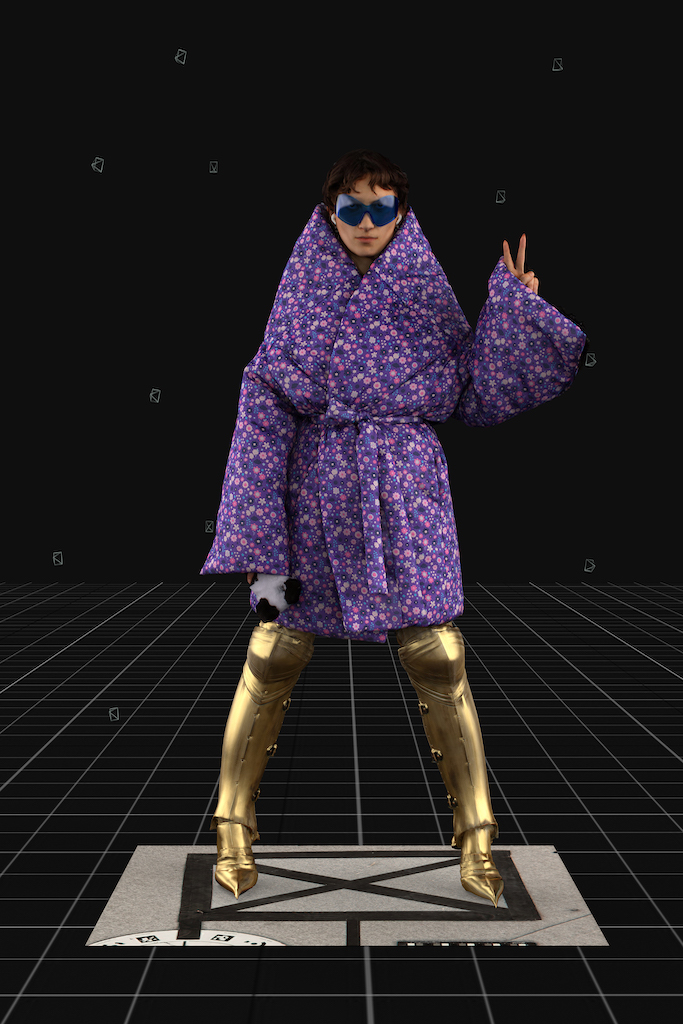 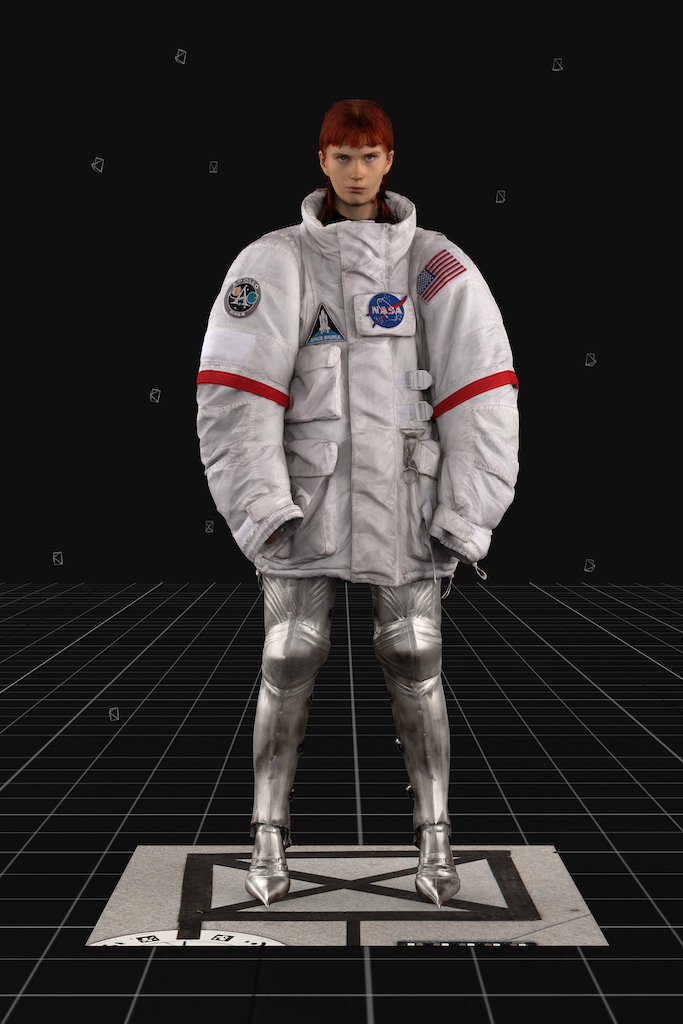 After world the age of tomorrow - Balenciaga

The Fall 21 collection is an expansion and evolution of the Summer 21 Pre Collection (shown digitally this past October), making its first appearance off season, in December of 2020. It is first presented on a VR runway visible only via a headset sent out to a limited number of guests.

On December 6th, it is introduced to the public in Afterworld: The Age of Tomorrow, a video game designed especially for this season. The game and the collection imagine a near future in which clothing is meant to transform over many years. Treatments tease out the aging process of materials, emphasizing the idea of wearing something for decades or repurposing it forever.

In Afterworld, each player goes on a hero’s journey set in the year 2031. A store exit leads to a busy street and further on to a dark forest in which a secret rave is going on. Beyond that is a mountain, atop which waits a surprise, once the player completes some challenges. Throughout the game, other avatars wear the Balenciaga Fall 2021 collection.

Suits and coats are made to be worn anywhere. Tailored suits made in T-shirt jersey are stonewashed and pre-stretched to look worn and are extra comfortable. Other pre-crinkled tailored suits don’t ever need an iron. Super-destroyed suits show a loving amount of wear already. Performance tailoring is made from meshlined stretch materials suitable for hiking, cycling, or anything.

In the future, a garment that appears to serve one function may serve another, seeing as certain materials will be reinterpreted for new uses. A satin trench is not a coat but a party dress. Jeans layered over pants and sweats showing a boxer short waistband are actually each a single item. As animal fur is no longer appropriate for people to buy new, a puffer is embroidered with recycled fabric that was laser cut to mimic the movement of a fur jacket. Many products are remade to perform new functions, like a blanket that becomes a coat or a hooded cape. A transformer parka with large exterior pockets also acts as a functional duffel bag. A scooter lap apron is flipped to become a thermal wrap coat. A military coverall is re-constructed to form an evening gown. A jacket in unassuming black is reversible in case of hazard, its other side made for high visibility.

Outerwear jackets and dresses are re-envisioned with an asymmetrical construction that always exposes one shoulder. The imbalanced volume and a suggestion of skin infuses tough, vintage, or sporty styles with an attitude of casual elegance. Shirts, dresses, and pants are patched onto other garments, creating the effect of an item being held up in front of the wearer in a moment of indecision. Each extra item becomes an accessory, like a printed top on the front of a T-shirt, a pair of fluid dresses bonded together, and cargo shorts engineered onto the front of jeans.

Speculating that fashion is a type of “armor,” worn to protect against the elements or judgement, Elizabethan armor made in the exact way it was centuries ago appears in a new allegorical context, as if destined for a modern-day Joan of Arc. The hinged, meticulously hammered metal suit evokes a distant, unimaginable future by invoking a distant, long forgotten past. Like armor on another scale, silver sequined items resemble dragon skin or a tangle of icicles, at once hard and delicate.

NASA logos from disparate eras suggest retro astronaut wear from a time before mass space travel, repurposed as futuristic outerwear. Gaming champion uniforms feature, among other logos, that of the PlayStation 5, launched in November of 2020. A standard collegiate sweatshirt reads “Free,” alluding to an advanced state of mind and the importance of freedom in future societies. Another T-shirt asks that the wearer be taken to a Balenciaga store if lost. Other shirts offer information about circular fashion and closing the clothing waste loop. Chevalier boots, pumps, and derby shoes are made in the style of armor from 400 years ago, reimagined in a lacquered material much lighter than the traditional steel. The 3D Pump, an innovation in durability, represents a wearable product that is fully 3D-printed. The Flip Shoe is a flat flip-flop that is worn by folding one section forward and attaching it between the toes. Alien-shaped anatomic sunglasses shield the face in extreme proportions while the Fluffy Cat style is covered in sustainable faux fur.