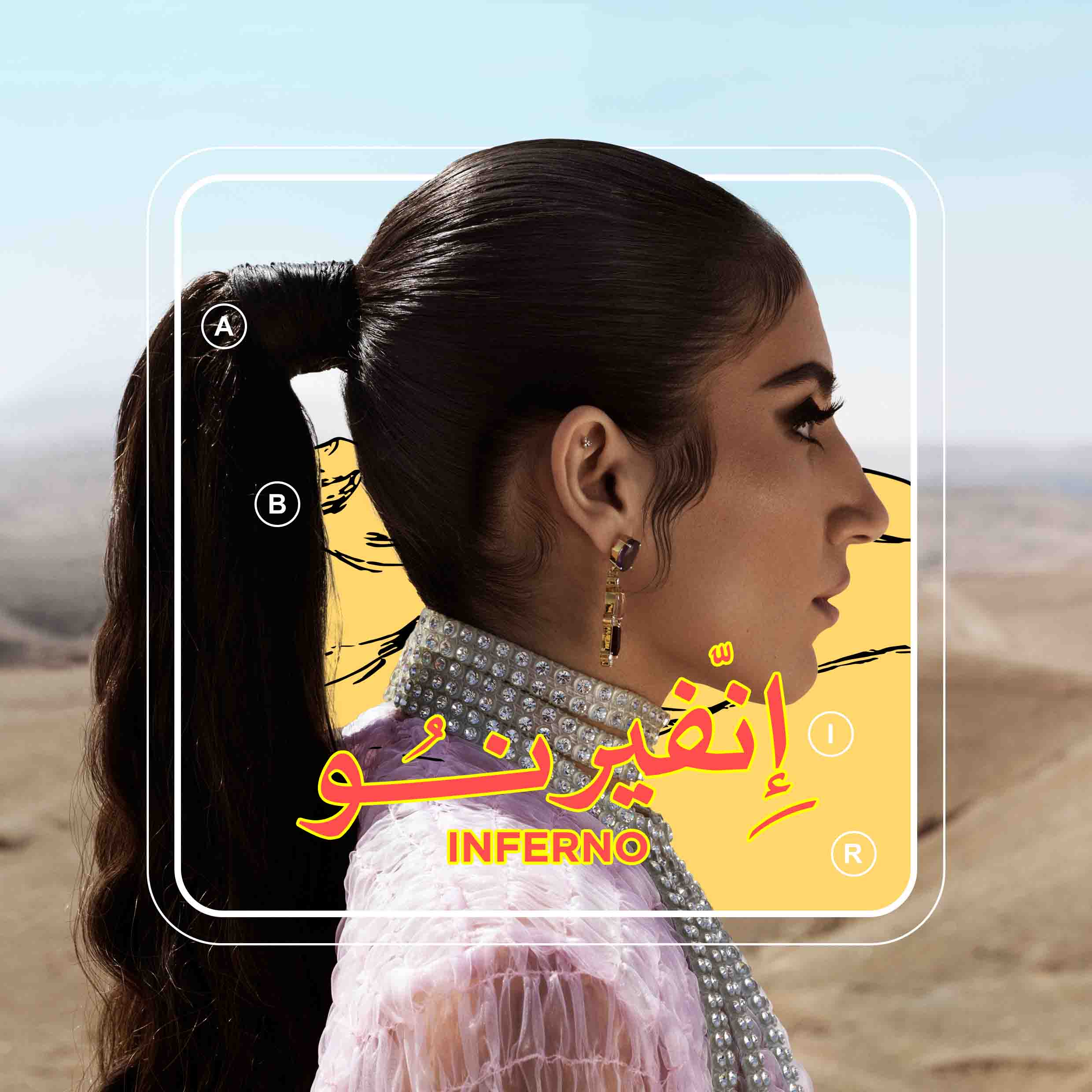 Moroccan-American vocal powerhouse, ABIR makes a bold statement with her new single “Inferno”, along with a stunning visual that was filmed on location in a desert in Marrakesh. “Inferno” celebrates ABIR’s Moroccan roots, while director, Sharif Abdel Mawla, perfectly captures the essence of the “modern Arab woman”, ABIR self-proclaims to be. Watch “Inferno” ABIR’s official YouTube channel:

Tell us about you, why music?

Music has always been something, I’ve enjoyed because of its ability to comfort you and keep you company. I found so much joy in being able to live vicariously through a record/musician. As a kid, I would sing EVERYWHERE. I always looked forward to coming home after school and singing karaoke instead of watching TV.

How did you start?

As a kid, my father had a really wide-range collection of music that he would play when he would pick/drop me off at school. I would always mimic the songs until I could sing them without the music in the background. I became obsessed with singing and learning different techniques that I never stopped.

Tell us more about your songs and your new release

I’ve spent a lot of the last year trying to create a sound that bridged my two worlds together - the East and West. As a kid, I always felt like I had to identify with one or the other but as I got older I found it much easier to have them coexist and I wanted to bring that into everything that I do as an artist.

Inferno is the first single off of my sophomore EP, “HEAT” coming out August 7th and is an abstract take on a woman being an “Inferno” and the power she holds. We live in a world that often associates the man in a relationship with being non committal. In my world, a woman controls how serious or not a relationship becomes and sometimes a relationship isn’t necessarily something that’s sought after. I don’t feel like that perspective is shared enough, when it’s so common.

I shot the music video in Morocco just a couple days before the world shut down. It was such a beautiful experience that I will never forget and I was so blessed to have Arab creatives from the region help bring my vision to life. From the director to the creative director, to the glam squad, to the local producers on the ground in Morocco, it was incredible to see us come together to create something so dear to my heart.

It changes often but for the most part it’s all about a feeling. If it feels good to me, it’s right. With this project, I did a ton of new research on Arab instruments, scales, rhythms, and got myself more acquainted with the sounds so that I could start experimenting freely. A lot of the early process was production focused because it drives the melodies and lyrics. After my producer, Mick Schultz, and I created what we loved, we’d erase it and then start over. We didn’t want to settle. As soon as it started sounding good, we’d challenge ourselves to beat it. I found it thrilling to work this way because when it feels irreplaceable and there’s nothing we would do to change it, we know it’s the best option.

What is the best advice you’ve been given?

If you could change anything about the industry, what would it be?

Currently what's most bothersome to me is how disposable music has become in the digital age. Music is spit out constantly and sometimes it feels like it’s hard to keep up. People don’t really listen to albums anymore, they go for the top streaming songs or skim through a project. It’s forced artists to care less about creating a body of work.

I’m inspired by a lot of things. People, places, feelings, stories. Growing up, my biggest inspirations were Whitney Houston, Etta James, and Beyonce because they are such empowering, badass women who exude confidence and vulnerability all at the same time.